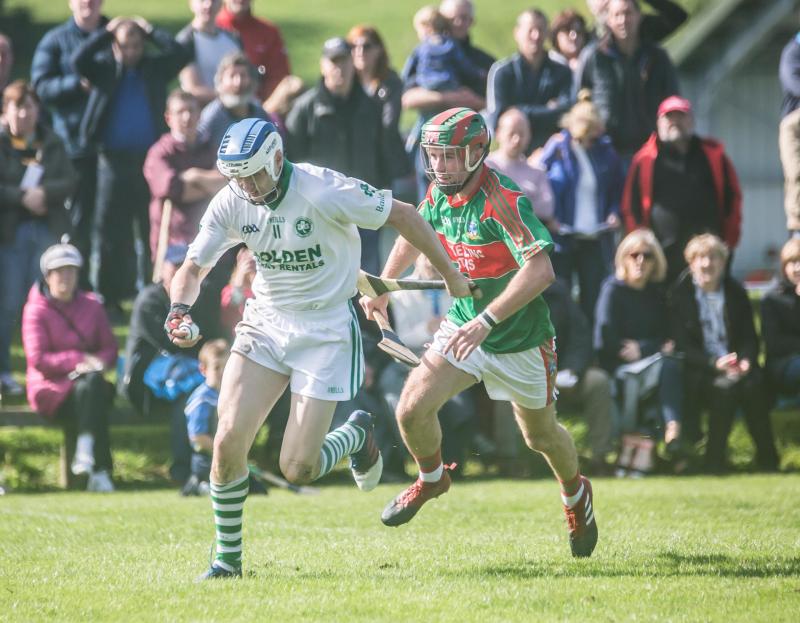 They’re known in the business as The Fives. Little fillers you see in the papers after every big match. Five Things We Learned Yesterday. Bite-sized. Handy. Quickly written. Useful in helping pad out the page.
In the current instance they’ll have to more than merely pad out this week’s column. Five Things We Learned Last Weekend on the Hurling Front Locally. Off we go…
The public appetite for matches has rarely been keener
Time and again in the past, All-Ireland success for Kilkenny has had positive ramifications for attendances at the latter stages of the county championships. Very understandable. Everyone’s in good mood and want more hurling. This year the punters want as much hurling as they can get for an entirely different reason.
Kilkenny departed the championship on the second Saturday of August and from there up to a couple of weeks ago nothing happened. Famine has finally given way to feast and large crowds have been the order of the day in Thomastown, Callan and even St John’s Park for the recent Graigue-Ballycallan/Thomastown fixture, which attracted an enormous attendance for an intermediate game.
The teams are giving value for money
Have the knockout stages of the senior championship provided a solid-gold classic? Probably not, but you can’t argue with Ballyhale Shamrocks and Clara going neck and neck and stride for stride for 140 minutes. High-scoring matches being by definition superior to low-scoring affairs, not too many folk who paid at the gate over the weekend will have been complaining about the lack of bang for their buck. On Saturday there were 38 scores in Dicksboro/Mullinavat, 44 scores in James Stephens/Carrickshock and 42 scores (aet) in Ballyhale/Clara. On Sunday there were 34 scores in Graigue-Ballycallan/Glenmore and 44 scores in St Patrick’s/Tullaroan. Fair going all round.
The old powers endure
Heartening in one way, discomfiting in another. It would have been nice to see a couple of unexpected faces at the business end of the senior championship. It hasn’t happened. Three of the semi-finalists are recent champions. The fourth, Dicksboro, have been knocking on the door for the past few years. The menu remains a little too familiar for comfort. No Mullinavat, no Rower Inistioge, no Bennettsbridge. Pity.
The time for Dicksboro is now
Yet again they’ve shown they’re good enough to be there or thereabouts, but that isn’t news. We cannot keep saying indefinitely that they’re young and promising and have a bright future ahead of them, while for their part the men in maroon cannot keep getting so far in the championship and no farther. After being put to the pin of their collars by Mullinavat on successive weekends they’re in the groove and have considerable momentum. They’re fit, they’re sharp and they know how to keep going till the final whistle. Next Sunday they’ll have no excuses. Not even against the reigning champions.
Relegation finals always bring mixed feelings
One has to be glad that Bennettsbridge managed to put a chastening, injury-hit season behind them, pull out a big performance when it mattered most and survive. This doesn’t mean one can’t regret the demotion of St Martin’s. Senior hurling in Kilkenny is invariably better for the presence of the men from the hills. In 2018 it will lack something.
Hmm, we got there in the end. Five Things. Great. Now that we’re sucking diesel, just like Dicksboro and Ballyhale Shamrocks, here’s a sixth.
The closing stages of the county championships each year have two angles to them for supporters. The first is the action itself; the excitement and quality, or lack thereof, of the games. The second is the job of keeping an eye out for promising talent and the prospect of seeing one or two youngsters putting their hand up and waving to Brian Cody.
So far nobody has yet made a name for himself. Four games – three senior, one intermediate – remain for someone to do so.