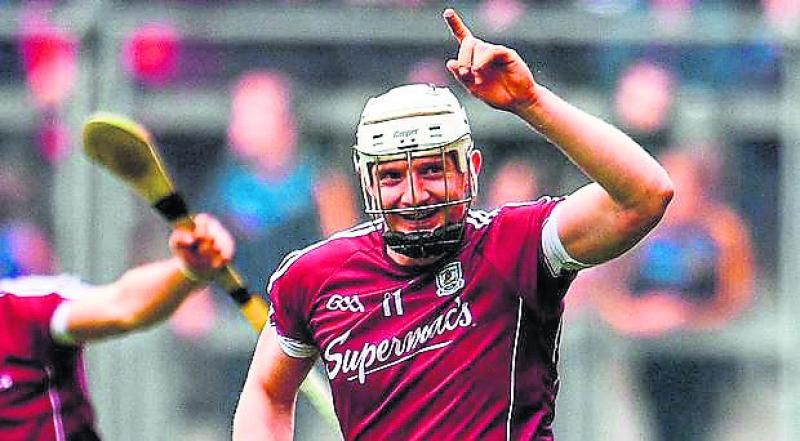 The Leinster club junior hurling clash between Kilkenny champions, John Lockes (Callan) and Navan O'Mahonys (Meath) fixed for Navan today has fallen victim to the weather.
The game is expected to be refixed for next weekend.
Meanwhile, newly crowned All-Ireland and defending Leinster senior hurling champions, Galway are the firm favourites at 4/5 to retain the provincial championship next season.
Kilkenny, who didn't make the final this year, are 15/8 to reclaim the title. The 2017 runners-up, Wexford can be backed at 15/2 to go one better in 2018.
Dublin, under new manager Pat Gilroy, are on offer at 8/1 to win Leinster, a title they last lifted in 2013.
In Munster, Tipperary over shadow reigning champions Cork at 11/8 with the Rebels currently 4/1 to win back-to-back titles.
These are the odds being quoted by BoyleSports.
Leinster SHC outright betting - Galway 4/5; Kilkenny 15/8; Wexford 15/2; Dublin 8/1; Offaly 25/1.
Munster SHC outright betting - Tipperary 11/8; Cork 4/1; Waterford 4/1; Clare 9/2; Limerick 15/2.
Meanwhile, Kilkenny are guaranteed at least five major games at Nowlan Park during the early part of the 2018.
They will entertain Clare (Sunday, February 4), Tipperary (Sunday, February 25) and Wexford (Sunday, March 4) in the Allianz National League, and then Offaly and Wexford in the round robin series in the new format Leinster championship. Dates for the two Leinster games have yet to be fixed.
Galway will begin the defence of the provincial and All-Ireland titles with a trip to Bord na Móna O’Connor Park to face Offaly in the first round of the revamped Leinster SHC.
On the same weekend, Pat Gilroy will manage the Dublin hurlers in a championship tie for the first time against Brian Cody’s Kilkenny. Wexford have a bye.
The reigning champions will play their first home match in the Leinster campionship in Round 3 against Kilkenny, and Dublin will also travel across the Shannon in Round 5.
Games are expected to be played on five successive weekends, starting on May 12/13. Exact dates and venues will be announced shortly, with the first named team having home advantage in each round.
The Leinster senior hurling championship will be played on a round-robin basis for the first time in 2018, with each of the five teams having two home and two away games. The counties finishing in the top two places will contest the provincial final.
This is a result of the success of a proposed three year trial motion put forward by the GAA’s CCCC/Ard Comhairle which was recently passed at a Special Congress.
The Leinster champions will advance to the All-Ireland semi-finals. An amendment put forward by Laois, Offaly and Meath at Congress means that there will be a change to the All-Ireland quarter-finals.
The third place team in the provincial group will play a preliminary quarter-final against one of the Tier 2 championship finalists, with Tier 2 teams having home advantage (the Tier 2 winner and runner-up fixtures versus the third placed teams in Leinster and Munster will alternate on an annual basis.)
The beaten provincial finalists from Leinster and Munster will play one of the preliminary quarter-final winners in the All-Ireland quarter-finals.
Leinster round robin programme (first named teams at home) - Round I, Dublin v Kilkenny; Offaly v Galway.
Round 2 - Kilkenny v Offaly; Wexford v Dublin.
Round 3 - Offaly v Wexford; Galway v Kilkenny.
Round 4 - Dublin v Offaly; Wexford v Galway.
Round 5 - Kilkenny v Wexford; Galway v Dublin.
Final - Ist placed v 2nd placed team.