The Irish soccer debate: Ireland out-performed in getting as far as they did 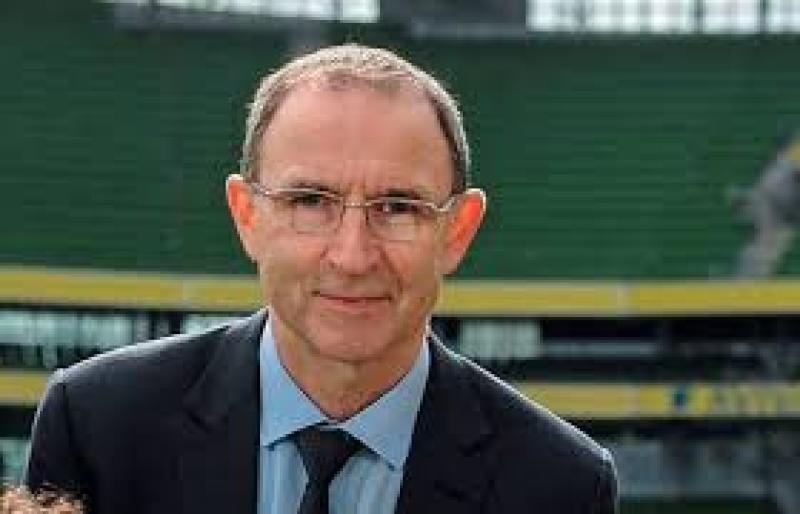 Been reading First Hand, Eoin Hand’s new autobiography, lately. For those of us who recall his time as a phenomenally unlucky manager of the national soccer team, there’s not much new in it.
For those of us who don’t, the identity of the XI that in October 1981 beat France – the same France that would end up reaching the World Cup semi-finals in Spain the following Summer – may be of interest.
McDonagh (Bolton Wanderers), Langan (Birmingham City), O’Leary (Arsenal), Moran (Manchester United), Hughton (Tottenham), Whelan (Liverpool), Martin (Newcastle United), Lawrenson (Liverpool), Brady (Juventus), Stapleton (Manchester United), Robinson (Brighton). Sub: Givens (Neuchatel Xamax) for Stapleton.
As a by the by, Mick Martin had played for Manchester United while Michael Robinson would go on to play for Liverpool. Nine of the 12, therefore, were sufficiently talented to be employed by the top four or five clubs in England at the time.
Now here’s the list of the clubs who employ the 14 men who saw action against Denmark at the Aviva last week. Middlesbrough, Middlesbrough, Brighton, Newcastle, Burnley, Burnley, Hull City, Burnley, West Brom, Bournemouth, Nottingham Forest. Subs: Norwich City, Sunderland, Southampton.
It cuts to the core of a reality that nobody, whatever their take on the myriad other aspects of Tuesday’s fiasco, seems to have argued with. Ireland, fourth seeds in their group, out-performed in getting as far as they did.
Whereupon, clearly, things went unimaginably badly. Paul Doyle in The Guardian put it best. “When you believe that it does not matter how you win so long as you win, then you had better not lose. Because when you do, the manner of that defeat matters all the more.”
It would take a series of columns to deal with the “myriad other aspects” mentioned above. The fiasco of the half-time substitutions. The continued fetishisation by the RTE panel of a 35-year-old whose roster of clubs numbers Shelbourne, Livingston, Blackpool and Norwich City. David Meyler’s touching but woefully misplaced belief that Denmark’s quality would count for nothing in the face of Ireland’s heart and desire.
A pity there wasn’t an answer to a question raised here a couple of weeks ago. What exactly is the point of Roy Keane as assistant manager?
Was the outcome the fault of the manager or an indictment of the quality of talent at his disposal? It was, of course, something in between. Christian Eriksen is in his second successive season of Champions League football. Meyler is in the Championship with Hull City. In the long run these things add up.
Revelation
One interesting revelation that emerged in the following days was the degree to which O’Neill is a hands-off manager. Get this for a line about Ireland’s training-ground preparations: “They don’t work on shape, and most of the manager’s approach seemingly boils down to the edge he keeps them on by not saying much in between games and then whipping the team up into a fervour before games.”
That isn’t international-standard management, not in 2017, and it is a matter of record that even in the dying days of the Jack Charlton regime Ireland worked on set-pieces before games till they were blue in the face.
Yet infuriating as the failure to cut off at source the move that led to Cyrus Christie’s own goal at the Aviva was, nothing over the course of the two legs was as depressing as the sight of Shane Duffy, halfway through the second half in Copenhagen, giving away possession twice in quick succession by hoofing it away as far as he could.
Then again, should O’Neill walk away – and putting the pieces back together after they were so badly broken will be difficult – Ireland will not suddenly start to pass the ball like Barcelona.
And there’s the rub, another of the micro issues that obscure the macro issue. While O’Neill’s gameplan was a failure on the night, the FAI’s gameplan - such as it is - has been a failure for the past 20 years.
By now Ireland ought to be able to produce a team capable of performing like Eoin Hand’s team did. Instead no indigenous soccer culture or recognisable style of play has evolved. We go from manager to manager, from sticking plaster to sticking plaster.
Come back in ten years’ time and we’ll still be having this conversation. That’s the real pity of it all.