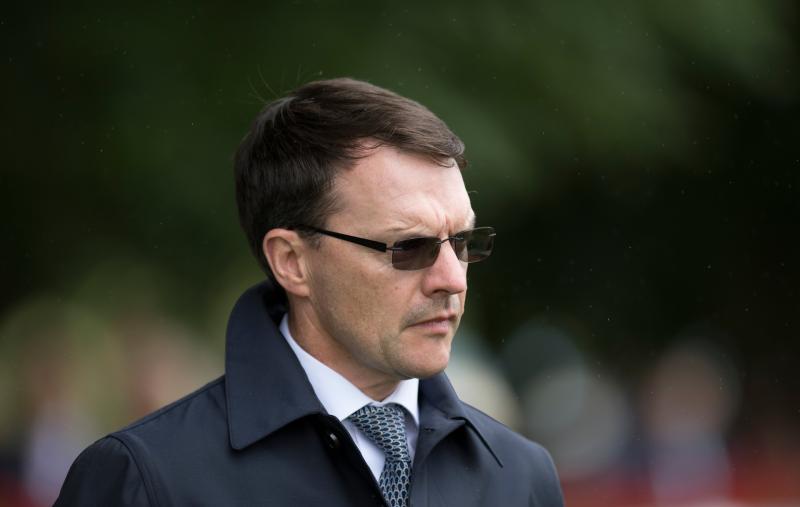 Aidan O'Brien, who this year broke the world record for the number of Group 1 winners trained in a calendar year, received another accolade when honoured with the Contribution to the Industry Award at the annual Horse Racing Ireland Awards.
O'Brien's son, Joseph, who trains in Tullahought and is grandson of the legendary Joe Crowley, was also honoured.
The winners in seven categories were announced at a reception at Leopardstown Racecourse which was attended by many of the industry’s leading figures. Guest of honour was Minister for Agriculture, Food and the Marine, Michael Creed TD and guests were welcomed by Chairman of HRI, Joe Keeling.
It was no surprise to see the Outstanding Achievement Award go to Joseph O'Brien who’s short training career has been nothing short of remarkable.
He reached new heights when becoming the youngest trainer at the age of 24 to win one of the world’s most famous races, the Emirates Melbourne Cup with Rekindling which became the first three-year-old to win the race since 1941.
Closer to home, another big race successes for Joseph in a memorable first full calendar year with a licence came courtesy of Tigris River in the Guinness Galway Hurdle while Rekindling also won the Ballysax Stakes at Leopardstown and the Curragh Cup.
Joseph also has the distinction of saddling well over 100 winners since January 1.
OUTSTANDING ACHIEVEMENT - Lisa O’Neill, Rachael Blackmore, Padraig Beggy, Pat Kelly, Jseph O’Brien (WNNER), Jack Kennedy.
CONTRIBUTION TO THE INDUSTRY - this was presented to Aidan O’Brien. Previous winners include Mrs Maureen Mullins, Des Scahill, Mick O’Toole, Jim Bolger, Moyglare Stud, Dermot Weld, Colm Murray and Michael Kinane.