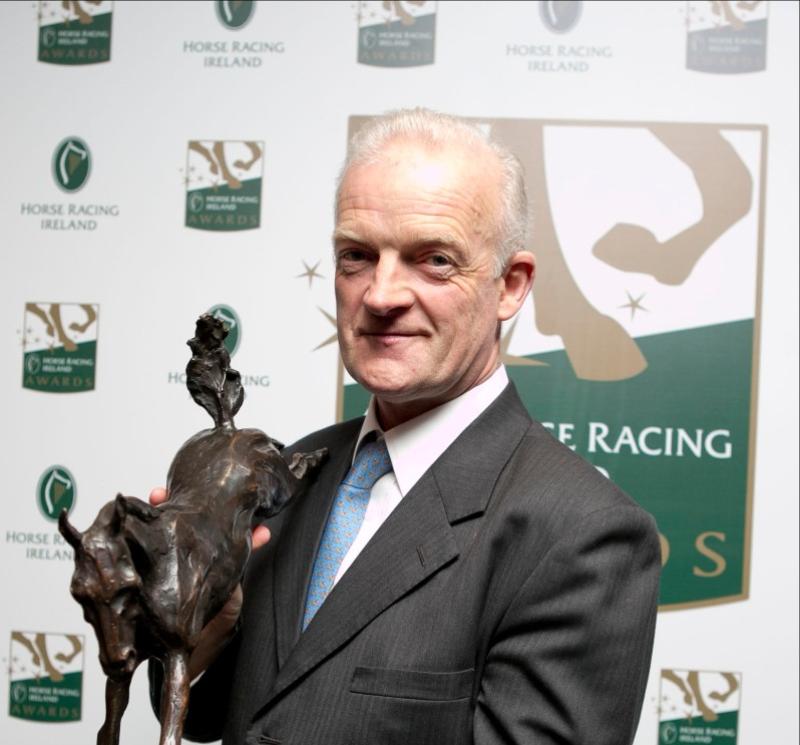 In a post championship opinion poll in the Kilkenny People online edition, the ‘bring Cody back’ lobby was in the majority by the proverbial mile, our review of the year revealed.
Over 85% of voters online during the month of August wanted Brian Cody to return for what would be his 20th year in charge of the Kilkenny senior hurling team.
The story behind the story was that two Kilkenny men, humorously dubbed the ‘IT Guys’, were huge in the development of the technology packed in the space age venue that is now Cork’s Pairc Hi Chaoimh.
Former GAA President, Nickey Brennan (Conahy Shamrocks) and Dan Cody (James Stephens) helped plan and supervise the installation of the IT system, including a wi-fi service throughout the venue.
The pitch at Nowlan Park got a serious amount of ’TLC’ in a bid to bring it back to its former glory. But it was only 40% towards where they wanted it to be, suggested Head Groundsman, John Coogan.
The sod on the pitch began to root up in previous years, so the playing area was reseeded and given a major make over.
’booters boost
Freebooters got good news from the Local Authority that they were to get €2,100 towards the development project they are spearheading at the Fair Green in the City.
The club spent €70,000 on Phase one, without incurring debt. The overall project, including the building of a Community Centre, is estimated at €500,000.
Kilkenny were beaten in the All-Ireland minor hurling championship semi-final. They were sent packing by 1-12 to 2-8 by eventual champions, Galway. Jack Canning scored 1-4 for the winners.
Horse trainer Willie Mullins enjoyed a hugely successful Galway Festival. He saddled 12 winners, including a final day hat trick, to be crowed ’Trainer of the Festival’.
Two Kilkenny ladies, Niamh Spratt and Fiona Connery were picked on the Irish Masters hockey squad for the European championship finals.
With the inter-county scene over, the local senior hurling league swung back into action. There were wins for O’Loughlin Gales (1-18 to 1-15 against the Rower-Inistioge); Mullinavat (2-28 to 2-12 against St Martin’s); Carrickshock (3-13 to 1-16 against Erin’s Own); Clara (1-16 to 2-11 against James Stephens) and Dicksboro (2-17 to 1-19 against Bennettsbridge). Danesfort (0-20) and Ballyhale Shamrocks (2-14) played a thrilling draw.
In the All-Ireland under-21 hurling championship semi-final, Kilkenny scored a facile 8-25 to 0-7 victory over Derry in Thurles. Shane Walsh scored 2-7.
In the senior camogie semi-final, Kilkenny beat Dublin by 2-11 to 0-9 as they continued the quest to retain the O’Duffy Cup.
Eleven members of the Thomastown Paddlers club took part in a huge international event in Spain, the International Sella Descent. All did well in the 20 km event.
Senan Forristal was 10th in the under-15 Cadet; Senan O’Neill was 28th in the same class; Kieran Varley was 12th in the 40/50 age group; Eamon Forristal was 10th in the men’s under-23’ Dermot Forristal was 6th in the rudderless category.
On top of that Donnacha Brennan was 30th in the senior men’s K1 and David McCormack was 65th. In the mixed K2 section, Cathal Treacy and Joanne Fitzpatrick were 25th and the Tony Forristal/Sarah Kehoe combination finished 33rd.
Sean refs final
News was announced that Sean Cleere (35) of the O’Loughlin Gaels club would referee the All-Ireland minor hurling final.
In handball, Ciara Mahon, Clogh became the first Kilkenny lady to compete in the closing stages of the 60x30 Open All-Ireland singles, but she was beaten by a Cork opponent.
It was celebration time for Mullinavat GAA club. They beat the Railyard by 3-12 to 2-5 in the senior football final. The winners were sailing at half-time when 2-6 to 0-1 clear after shooting nine wides.
The Railyard put in a storming second half, and it took a late goal from John Walsh to killed them off.