Kilkenny hurling: Cats see League as all important as they eye visit to Cork 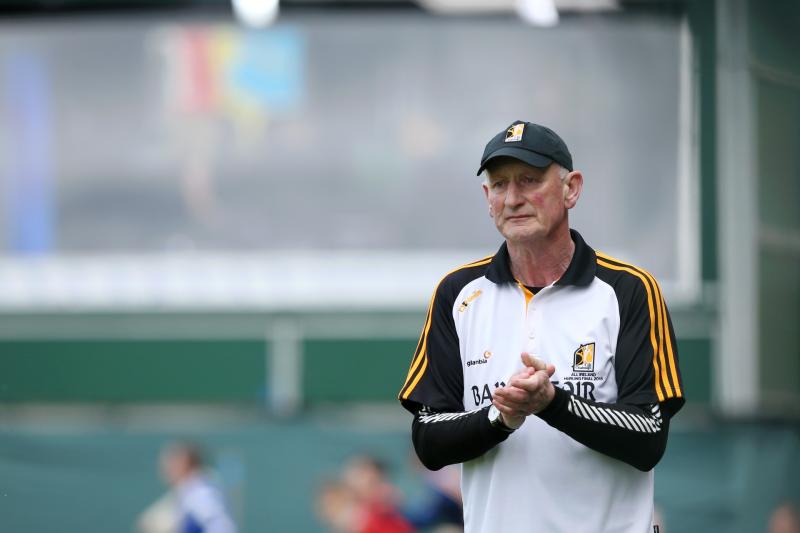 The Walsh Cup senior hurling tournament is a pre-season muscle-flexer, nothing more, nothing less.
And Kilkenny are using it as such manager Brian Cody insisted after the Cats scored two handy wins over Laois and Kildare to book a place in Saturday’s semi-final against Offaly in Tullamore (2pm).
“This is all geared towards three weeks time when the National League starts, which is very early for the League as well,” the James Stephens clubman offered when he put the Walsh Cup in context.
On Saturday fortnight the real business of what will be a very different, very testing season will being when the Cats head to Pairc Ui Chaoimh to play Cork in the National League.
That is when the real hurling will being. The Walsh Cup is a dress rehearsal, if you like.
Offaly scored back-to-back wins over Westmeath in a two team group to book their place in the Walsh Cup semi-final.
The Midlanders have struggled in recent years and it is highly unlikely their challenge to the Cats will rise above an average level.
A goal from Oisin Kelly carried them to victory over Westmeath on Sunday at TEG Cusack Park. Then they needed a bit of luck when the home side missed a late penalty that could have forced the contest to extra time.
“The Walsh Cup starts off the year for us, and it is an opportunity to look for players,” Brian Cody continued.
“That is the usual thing for the start of the year. That is all part of the scene. We are just looking at the different players at the moment.
Get going
“We are trying to get the competition for places going,” he added.
Kilkenny called in 52 players to make up a group as much as a panel for pre-season training.
The selectors are sifting through the county’s talent in the search for ‘the right stuff’, you might say.
As a result, in the two games to date 33 hurlers got a run.
That figure will most likely swell in Saturday’s semi-final.
Wexford and Dublin contest the second semi-final on Sunday in Parnell Park. The likelihood is that the Noresiders thinking will be different if they qualify for the final, which will be played the following weekend and will provide a good run into the start of the League.
New Dublin manager, Pat Gilroy and Wexford boss, Davy Fitzgerald will have the advantage in that their charges will have to step up things this weekend, thus giving the winners two good runs before the League.
In their two games to date Kilkenny scored a whopping 9-42 and conceded 1-19. The significance? There is none.
This is mere shadow boxing; an opportunity to get players swinging the ash again.
Brian Cody spoke with respect about Kildare, insisting their body language was good, they had a genuine spirit and they were strong and competitive.
Different Levels
Then he added an important line: “The reality is we should pull away from them because we are at different levels.”
The hidden meaning in that line tells the real story.
“Obviously we have a Walsh Cup semi-final coming up next weekend. We will see how we do there,” was Mr Cody’s reply when we asked how he saw the Kilkenny squad developing.
Would it be bigger than usual? When might they cut it down?
Everyone an option
“ You still have to name 26 for each match,” he replied. “That is the way it will be.
“Obviously everyone who is around is an option for the moment. But that will sort itself out as well.”
Kilkenny will be expected to run up their third win in Tullamore on Saturday, thus qualifying for the final.
That final will be at a Kilkenny venue the following weekend, by the way. The absence of All-Ireland champions, Galway, from the competition has left a bit of a talent gap.
Still the wind-up should be interesting, very interesting, be the final against Wexford or Dublin.
Just what the hurling doctor might order, you might say.