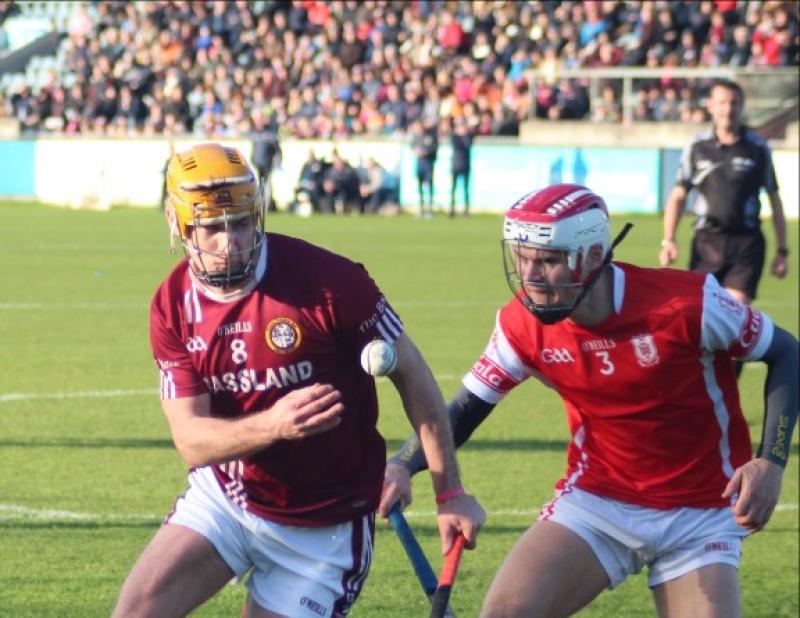 Dicksboro captain, Ollie Walsh (8) has been picked at midfield

Kilkenny have made five changes from the team that started against Cork last weekend for Sunday's National Hurling League clash against Clare in Nowlan Park (2pm).
In the only change in defence, Robert Lennon, whose last match was against Offaly in the Walsh Cup semi-final, comes in to replace Conor O'Shea, who has been listed among the subs. Lennon will play at centre-back with Joe Lyng, who played in the centre against Cork, moving to the left wing. Team captain, Cillian Buckley will move from No. 7 to No. 5.
Buckley was stretchered off early in the second half against Cork after colliding with an opponent, but Kilkenny insisted afterwards that he would be fit to face Clare and he proved them right.
Ollie Walsh, who was picked on the original team last weekend but was laid low by illness and didn't travel, has been returned to midfield. Youngsters John Donnelly and Bill Sheehan won places in attack in place of Pat Lyng and Conor Martin, who drop down to the subs bench. Richie Leahy was retained in the starting XV after making a strong impression when used as a sub against Cork.
Clare won their opening match, and they are chasing a hat trick of wins over Kilkenny in the League. They beat the Cats by 13 points in Ennis last year.
Kilkenny (SH v Clare) - E. Murphy; J. Holden, P. Walsh, P. Deegan; C. Buckley (capt), R. Lennon, J. Lyng; J. Maher, O. Walsh; J. Donnelly, R. Reid, R. Leahy; B. Sheehan, W. Walsh, A. Murphy.
Subs - D. Brennan, E. Morrissey, C. Delaney, C. O'Shea, T. Walsh, R. Bergin, L. Ryan, P. Lyng, M. Keoghan, C. Martin, L. Blanchfield.