Kilkenny hurling: management are happy with the way things are going 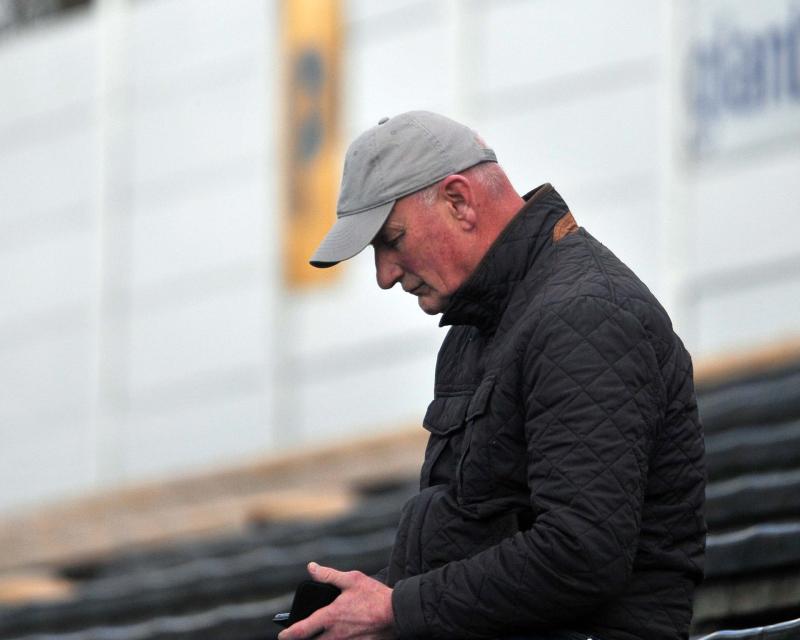 Kilkenny manager, Brian Cody, is pleased with the way things are progressing for the new squad.
Qualifying for the Allianz Hurling League quarter-finals is a big deal for a group heavily dependent on young and largely inexperienced players.
“I am happy with the progress that is being made,” the manger of 20 years told us after Kilkenny booked a last eight place against Offaly in Tullamore on Sunday (1pm).
The counties clashed on Saturday, January 18 in the Walsh Cup semi-final in Tullamore.
The Cats won by 1-20 to 3-11 (20) after experiencing a degree of difficulty against a team with big and physically strong men right down the middle.
Before turning his attention to planning for that test, the manager enjoyed the moment after Wexford's three game winning run aginst the Cats was brought to an end.
“Everyone was putting us down as relegation candidates from certain,” he suggested when he openeed.
Were you annoyed, we wondered?
“Not in the slightest because I don't pay much attention to what most people say,” he smiled in reply.
“We lost the opening two games by three points in each case.
“We were competitive. We could possibly have won them if things had gone a small bit differently.
“Obviously we had three serious games to follow. It was a big ask to try and win any of those games, never mind the three of them.
“We did,” he continued. “We won them and now we have a quarter-final coming up next weekend. That is a great place to be.”
A good place
Making the last eight pushed Kilkenny into a knock-out hurling situation which was a good place to be with the Round Robin Leinster championship following soon after.
“It is the same kind of set up, playing week after week, so it is like playing a league and another league after it,” was the way the boss looked at it. “We have got to be ready.
“We are working. We are preparing for it. What is coming down the line is going to be very, very serious.
Delighted
“For that reason we are absolutely delighted to be playing again next Sundy and the Sunday after that too if we can make it happen.”
The alternative was a relegation final next Sunday. Kilkenny didn't want that, he assured.
“We have to be competitive next Sunday,” Cody continued. “Offaly are going to be very hard to beat.
“But beyond that is the League semi-final, and if we could make that it would be good progress for us. It would be good progress for Offaly too if they made it.”
When asked to quantify the progress made by the young lads, he responded: “We got game time into an awful lot of the young lads. Players have played on different day and they have done very, very well on different days.
“It was no reflection on the lads who played the last day and didn't start today. We need a panel.
“We are really working hard to get a strong panel of players, because we will have to have a strong panel of players. We are happy with the way things are progressing.”
Great credit
He said the players deserved great credit for the way they picked themselves up to win three games on the trot, especially because “we have an awful lot of inexperienced players.”
“We have been competitive throughout, and that is the one thing we were hoping to be,” he added. “Today's game was very, very competitive. It was hectic right to the end.
“Even the very last ball that went into our goalmouth Darren (Brennan) was tested and he did very well.
Typical
“Look, it was typical of games against Wexford. They were in the happy position of knowing they were in the quarter-final. We needed to win. We did!”
He insisted the younger players are seriously interested, and they are taking on every challenge put before them.
Kilkenny never gave a thought to the fact Wexford beat them in the previous three matches, he said.
“We take on the challenge in front of us, and that was Wexford today,” he said. “It will be Offaly next week. The aim will be the same - to win.”
Murphy injury
On the injuries front he said Eoin Murphy was still suffering from a whiplash injury picked up against Waterford. He has improved, but it was hard to know when he might be ready to play again.
“Darren Brennan is doing well since he took over from Eoin,” the James Stephens clubman said. “He has been a very, very good goalkeeper up along. He is doing very well and we have confidence in him.”