The Kilkenny game - Davy Fitzgerald insists they have changed their style 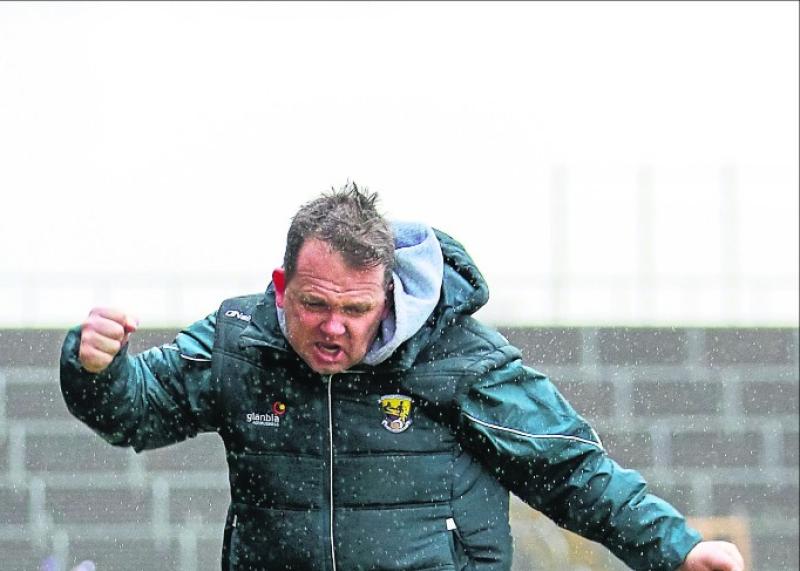 Here’s what Davy Fitz had to say afterwards on Sunday. A measured, mellow, Davy Fitz.
A Davy Fitz who wasn’t giving out about the referee (much). That in itself should tell you something about Wexford’s attitude and motivation at Nowlan Park.
“If you look at the Kilkenny game it’s definitely changing,” he declared. “They are working the ball better out of the back and they had to do that, they couldn’t keep just lobbing ball down because if they were they were going to get killed. So they are working it out better, they are definitely using it better.”
A New Kilkenny, then. Or at any rate a group who are striving to play a different – a necessarily different, as Davy noted – kind of game. There are moments when it will go wrong, naturally, and it went wrong at various stages on Sunday, with too many short passes going astray and too many balls rammed down the throat of Shaun Murphy, Wexford’s spare defender.
Not to worry. These things happen. Teething problems. When a team is trying to do the right thing it’s inevitable they’ll occasionally do the wrong thing.

Kilkenny’s grasp of the big picture is fine. Their grasp of the little details will improve with time.
But Wexford are still setting them questions they find difficult to answer. Consider the following passage of play four minutes before half-time.
The visitors for once had plenty of bodies committed to the attack when they lost possession in the right-corner forward position. Confronted with a thicket of friends and foes Paddy Deegan, rather than carrying the sliotar out of defence and working it up through the lines, as the hosts had been doing up to then, opted to play the percentages and banged it up the field.

It landed between a man in stripes and three opponents.
There was only going to be one winner there, Murphy duly coming away with the ball and zapping it on the diagonal to Cathal Dunbar, who swerved away from Ger Aylward and posted a fine point.
Dilemma
The cameo captured the dilemma Kilkenny will face against Wexford in the championship in June (and possibly also in a league semi-final on Sunday week). Go short against them and risk coughing up possession in a dangerous area, as happened to James Maher in the second half on Sunday, with a Diarmuid O’Keeffe point the upshot a couple of seconds later?

Or go long and risk handing it over anyway, thereby allowing the Slaneysiders build from the back, as per the Dunbar point?
It is a balance Brian Cody’s charges are some way away from perfecting. Yet at least they’re trying, and that’s all that can be asked right now.
Sunday was a good day for some of them, notably Richie Leahy, he of the scintillating first half and the sumptuous three points. That he caught Harry Kehoe in possession for the third point, having earlier chased down O’Keeffe and forced him into a wide, won’t have gone unnoticed by the manager.
Martin Keoghan and Pat Lyng, on the other hand, worked hard but didn’t shine. That comes with being new, or newish, to the panel. It was never going to be an overnight job.
As for Wexford’s attitude and motivation, as referenced earlier. Well, they were “missing eight guys who played championship last year”, according to Davy, among them Lee Chin. Having already booked their quarter-final berth they weren’t quite as wound up for the fray as their opponents. And common sense suggests that they were holding back some of their powder, to be ignited on June 9.
Still, three wins on the spin for Kilkenny. They haven’t quite turned the corner yet. But they’re getting there.