Henry Shefflin: the man, the career, the life story set for Laochra Gael 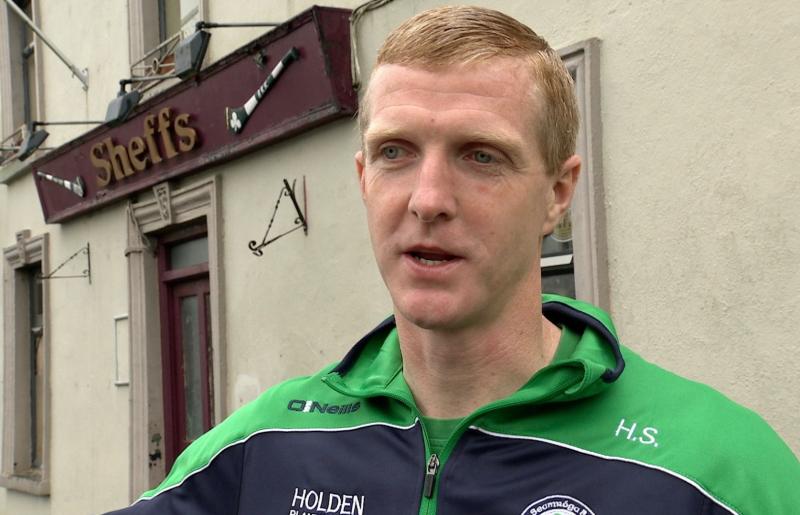 Henry Shefflin pictured outside the family pub in Ballyhale

Laochra Gael, the definitive GAA sports series returns to TG4 in the spring with a new hour long format.
It features five GAA personalities whose dramatic, event packed stories demand the longer programme duration to do them justice. These Laochra radiate genuine star quality and are already celebrated as sporting legends.
Laochra Gael Henry Shefflin – ‘Rí na gCat’ will on TG4 on Saturday (5.45pm) and Wednesday, March 21 (9.30pm). Repeat on Friday, March 23 (11.25pm).
The series reveals deeper, fresh and sometimes unexpected insights into the lives of these icons, their relationship to their sport and the world around them.
While their sporting careers continue to provide the core narratives that have been essential to Laochra Gael’s popularity down the years, this new series edges the envelope well beyond the four white lines.
It’s gripping personal storylines compel its viewers to travel with it towards territory unique to the GAA television landscape.
Henry Shefflin’s painstaking apprenticeship in the sorcery of the sliotar – not helped by an early fondness for fast food and pints - finally saw him emerge as perhaps the greatest hurler of all time, with a matchless record of 10 All Ireland medals, and a galaxy of All Star awards.
Hurling aside Henry would also be many sportspeople’s nomination as Ireland’s ultimate athlete.
Through Henry’s eyes we watch his career unfold from his national school matches with his dad peering in from the ditch overlooking the pitch and offering post match analysis that wasn’t always flattering.
The programme follows his uneven under-age exploits, his emergence onto the Kilkenny senior team and it shows how he felt about taking on the role of free taker, and taking it away from his idol D.J. Carey.
And viewers see the All-Ireland medals begin to accumulate as Henry develops as the pivot of a Kilkenny team that sweeps all before it.
But it wasn’t always a smooth progression and Henry is honest about having to learn from his mistakes and up his game at several points in his evolution as a player.
Viewers get an up close sense of the motivation and pursuit of perfection that drove him on throughout his sporting life. Nowhere was this drive more evident than his epic attempt to recover from injury in time for Kilkenny’s 2010 five in-a-row attempt.
But Henry was more than the king of hurling and this episode exposes an intensely human side to the superhuman all revered on the hurling pitch.
Henry reveals how he was mysteriously racked with self-doubt before the 2009 All-Ireland final and how grateful he was to his wife, Deirdre, for talking him down. How the death of James McGarry’s wife affected him and the team and how much his faith has helped him in all aspects of his life.
Henry fondly remembers his Ballyhale upbringing and the warmth and security he experienced in the midst of his family - in what was then a vibrant village. The years have flown by and now Henry is trying to replicate the kind of home life which nurtured his own early years.
And while he treasures the memory of his sporting achievements, as well as such honours as carrying the Olympic torch and seeing his portrait hanging in the National Gallery, he declares himself more proud of his wife and family than any sporting accolade.
Laochra Gael is on TG4 every Wednesday (9.30pm).