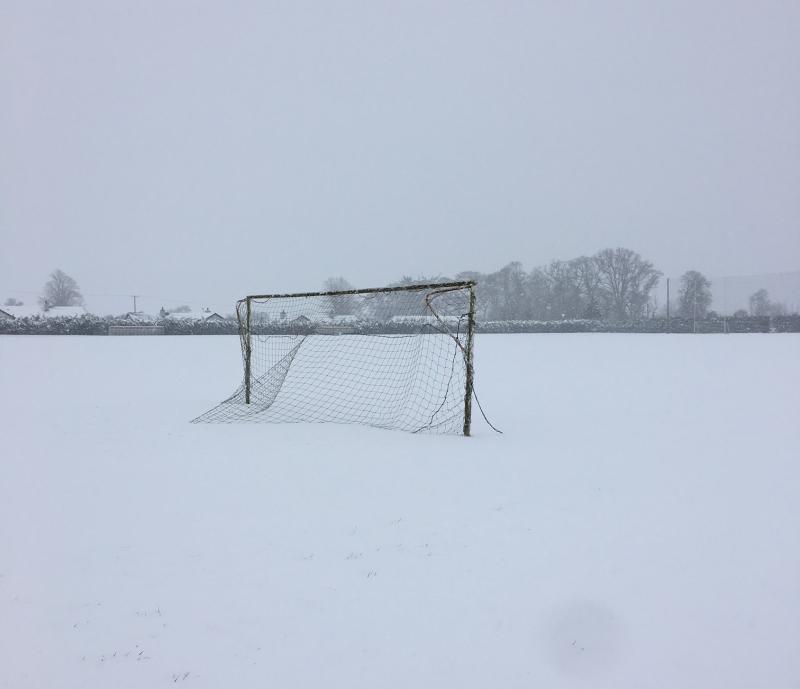 Snow has played havoc with the sporting fixture list in Kilkenny.
Following a bitterly cold St Patrick’s Day, a heavy overnight snowfall has decimated the county’s sporting schedule for today (Sunday).
The Kilkenny senior hurlers’ Allianz League semi-final against Offaly has been called off, with the pitch in Tullamore unplayable. However, the game has been rescheduled for Bank Holiday Monday.
There is no such luck of a quick recovery for the Kilkenny & District League, where all of Sunday’s games have been called off due to the snowfall. The same fate has befallen Kilkenny United, who have had to call off their Women’s National League derby with Wexford.
Rugby has also been hit, with Kilkenny’s two Leinster League games against Suttonians postponed. It is hoped, however, to play the games on Bank Holiday Monday.
The North Kilkenny point-to-point at Ballyragget has also been cancelled today due to snow.