A scrambled win can sometimes be a great thing! 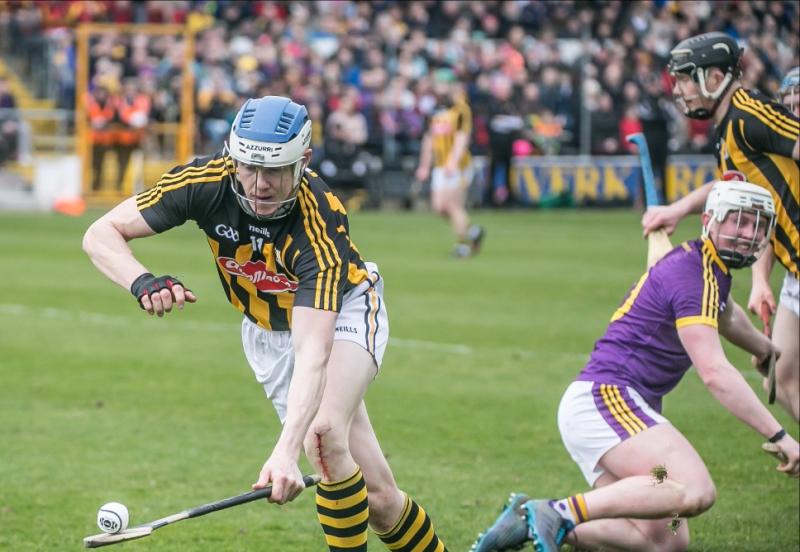 T.J. Reid - he is the main man in the Kilkenny attack

It has been a busy week of sport on many different fronts. Here are just a few lessons to take from it.
Faint heart ne’er won fair lady
Really, what was Jose Mourinho thinking of? He knew the downside of playing for, and getting, a scoreless away draw as well as anyone else in Europe. Concede a goal at home and you have to score twice.
Manchester United duly conceded to Sevilla, then conceded a second goal a couple of minutes later. That was that. Mourinho had given himself no wiggle room and was punished for it. More damningly still from an Old Trafford perspective, this is not an instance of being wise with hindsight. The perils of the manager’s approach were perfectly clear prior to kick-off.
Finishing second to this Manchester City team will be nothing to be ashamed of. Finishing such an abject second to Sevilla was nothing to be proud of.
Irish racing has come a long way
Granted, 30 years is a lifetime ago, but the fact remains that over the course of three Cheltenham festivals in the late 1980s there were only two winners for the visitors. Or one, if anybody is inclined to be pedantic, given that Galmoy won the Stayers Hurdle in 1987 and ’88 prior to the great Irish whitewash of 1989.
If Gordon Elliott took the trainers’ prize last week with eight winners, all but one of them owned by Michael O’Leary, a special word must go to Willie Mullins. After losing the Gigginstown horses two years ago Mullins diversified his portfolio to such an extent that his seven winners ran in the colours of seven different owners. What a feat. What a man.
This Ireland rugby team do not need cheap motivation
They may have lacked the magnetism of the 2009 Grand Slam outfit with their constellation of superstars like O’Driscoll, O’Gara and O’Connell, but Ireland were patently obvious winners from a long way out at Twickenham on Saturday. They went about their business cleanly, clinically and dispassionately.
It was easy to see why they were going for the Grand Slam. It was equally easy to see why England – lumpen, one-dimensional, woefully lacking in craft and nuance – had already lost to Scotland and France. How they wound up with three tries on Saturday was a minor mystery. That Owen Farrell blazed the conversion attempt wide at the near post after they crossed the line redundantly in injury time summed up their afternoon.
And then there was the winning manager. Joe Schmidt, interviewed afterwards, talked about doing “a bit of analysis in the next two weeks, giving a few individuals a bit of feedback”. There’s perspective. There’s clarity. There’s an awareness of the big picture and the process.
It’s not about the manager, it’s about the team. Joe Schmidt with his modesty and diffidence or Joe Mourinho with his 12-minute rants? Exactly.
Goodbye to the current National Hurling League format
I’m not usually one to say I told you so, but where the structure of the 2018 league was concerned – well, I told you so.
Cramped
It was riddled with flaws. Too hectic, too cramped, starting too early, finishing too early. The moment the GAA voted for a new championship structure that guaranteed a minimum of four matches for the counties in Leinster and Munster, the National League should instantly and automatically have been pared back. Five qualifying fixtures in Division 1A and 1B, fine, but definitely no quarter-finals and possibly no semi-finals either.
Unfortunately the counties were too lazy to think the implications, and potential hazards, of the restructured championship through. Now that the weather has had its say, the league final will take place a fortnight later than scheduled, the concept of “April for the clubs” has been exposed as the well-meant nonsense it always was and the best laid plans of the Kilkenny county board’s fixtures committee are in allyjiggits.
The 2019 National League will be run on different, tighter lines. And has to be. Good.
Kilkenny remain on a roll
An unimpressive victory in Tullamore on Monday? A victory due in no small part to the influence of T.J. Reid, on whom the county remain not so much worryingly reliant as absurdly over-reliant?
Yes. But no matter. Sometimes it’s not about the performance. Sometimes, especially with a young team, it’s about the bottom line. Kilkenny’s failure to kick on when backed by the breeze in the second half against Offaly merely showed that, despite the rising line on their graph in recent weeks, they remain very much a work in progress.
No harm for people to remember that.