Brian Cody has done well to date with rebuilding job 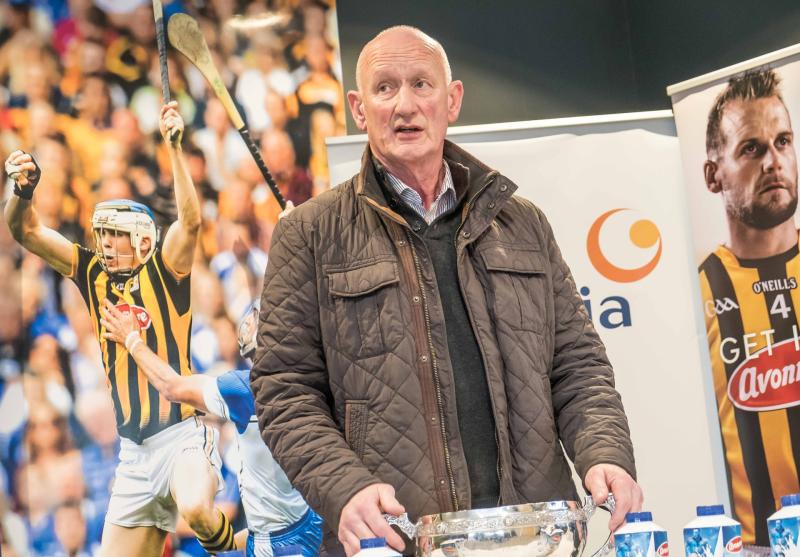 If Kilkenny are, broadly speaking, the Manchester United of hurling (broadly speaking – their current manager isn’t a moaning Portuguese chap who gets on people’s nerves), the similarities between Brian Cody and Alex Ferguson are too many and obvious to mention.
The similarities between Brian Cody and Arsene Wenger, on the other hand? And the points of contrast?
The subject came to mind on reading an interesting piece by Matthew Syed in the London Times following Arsenal’s recent capitulation in the Carabao/Caribou/Reindeer/League Cup final. “Wenger shows how stability can soon become stagnation,” ran the headline.
Syed’s thesis was straightforward. Wenger was once different and fresh and far-seeing and innovative. He was once “a disruptor”, as Pep Guardiola is now, doing things differently and being ahead of the curve. But somewhere along the line he became entrenched and rigid and Arsenal were overtaken. (Not wholly his fault, of course, given the extent to which Chelsea and Manchester City turned the Premier League into a financial arms race, to the detriment of the folk at the Emirates.)
Not so Alex Ferguson. He, according to Syed, “constantly disrupted himself, rebuilding his team multiple times, altering his tactics, splitting the strikers, pioneering squad rotation, getting ahead of the curve on sports medicine. He was stubborn but only in the sense that he never budged in his commitment to rational change.”
Sound like anyone we know?
Cody is currently in the throes of putting together his fifth distinct Kilkenny team. How far down the road he is will be apparent at Wexford Park on Sunday afternoon.
In some ways this is a bigger test for the visitors – a winner-takes-all affair against a buoyant home side in a Wexford Park packed with excited locals baying for Kilkenny blood – than a putative League final would be. So much the better.
If they reach the final, grand. If they win it, grand. If they do neither, grand. The county’s league campaign has already been a notable success. Nothing that happens in Wexford Park will alter that. The only thing that can possibly be lost is a game. Big deal.
Naturally it won’t be easy. Wexford were impressive in disposing of Galway at the weekend, the more so in view of their five missed scoreable frees in the first half. It didn’t bother them a bit.
Being realistic about it, in view of the discrepancy in fitness between the sides – for obvious reasons the All-Ireland champions are four or five weeks behind everyone else – Davy Fitz’s charges were entitled to win. Win they did, and with a degree of swagger in the end.
What’s interesting about Wexford at the moment is that they’ve trained on since last year. In order to build on the progress made in 2017 they were required to evolve. All the evidence to date suggests they have, the aforementioned fitness advantage notwithstanding.
Their panel is deeper, their options broader. Paudie Foley offers them another long-range shooter; Kevin Foley is a classy stickman in the middle of the field; Rory O’Connor only turned 19 last autumn but he’s a thoroughly exciting forward who’s been pitching in with points from play, albeit deployed as an attacking midfielder against Galway.
Yet Kilkenny are evolving too. They had to and they are, as evidenced by the patience with which they’ve been working the sliotar up the field of late. One scarcely needs to add that similar patience will be compulsory on Saturday. Otherwise they’ll end up making Shaun Murphy, Wexford’s sweeper, look like Franz Beckenbauer.
Once more Cody is attempting to reinvent himself and his team. Exactly like Ferguson did, time after time. Exactly unlike Wenger has done.
If Kilkenny fail at Wexford Park it’ll because they succumb to a better team. Not because their manager has allowed them to stagnate.