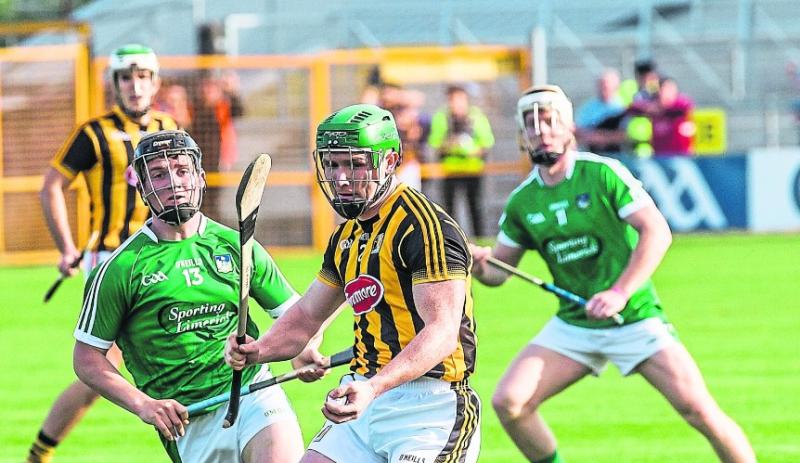 Paul Murphy played at full back with Danesfort

O'Loughlin Gaels applied a slow squeeze and slowly but surely ground down Danesfort to win this senior hurling league clash in Palmerstown today.
The game was ruined by a strong wind and heavy rain and it was a tough slog all the way for both sides.
O'Loughlin's, with a three point contribution from free taker, Mark Bergin, sneaked into an interval lead of 0-8 to 0-5 after the opposition played with what advantage the largely cross field wind gave.
Former All-Star, Paul Murphy, turned out at full-back for the losers and played reasonably well, but they were without former Hurler of the Year, Richie Hogan, who is still nursing a back injury.
Danesfort nabbed the opening point of the second half through sure striking free taker, James Mullally, but without the services of Hogan up front, they lacked real bite.
Mark Bergin (2) and Conor Bergin hit points as O'Loughlin's slowly took control. They more or less sealed victory in the 42nd minute when a good break by Conor Bergin caused confusion in the losers defence, and when the ball broke near goal it was touched home by Robbie Buckley.
That goal shot O'Loughlin's 1-11 to 0-6 clear, and with Danesfort largely relying on free taker, James Mullally for scores, saving the game was beyond them.
SCORERS: O'Loughlin Gaels - Mark Bergin (0-7); Robbie Buckley (1-2); Sammy Johnston, Conor Heary (0-2 each); Jack Nolan, Conor Bergin, Paddy Deegan (0-1 each). Danesfort - James Mullally (0-7); Paddy Hogan (0-2); Robbie Walsh, Philip Cooney (0-1 each).