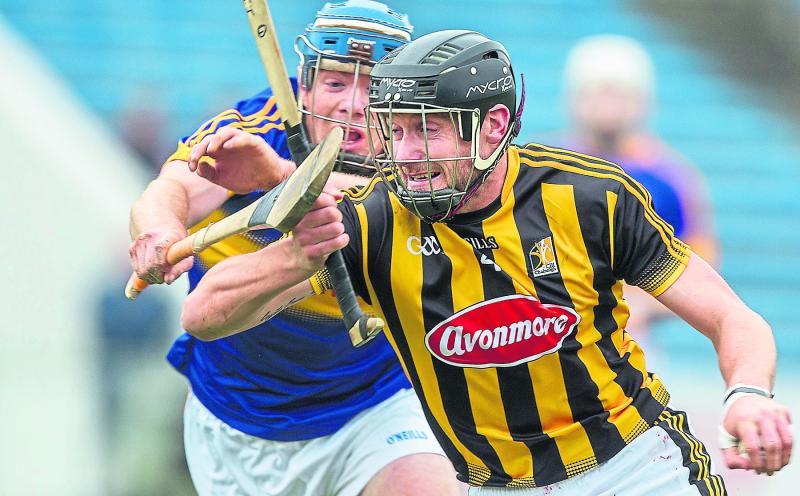 It was first blood for Mullinavat in the senior hurling league round one clash against disappointing James Stephens at Hugginstown on Saturday.
The winners, who brought county champions Dicksboro to a replay in the championship last year, seem to be building on that promise and produced a second half - into the breeze - which left The Village for dead.
As for last year’s beaten county finalists, James Stephens, they again started slowly, but no one would have expected this.
With the break in the action now, and clubs not sure when their next match might be, the situation will not suit either of these sides.
The Village would like to get this defeat out of their system as soon as possible. This effort is not a fair reflection of their worth, but they won’t be shying away from the realities either.
A break gives them a chance to regroup, and there will be a lot of focus on forward and combination play.
They struggled to make an impact up front, and the longer the game went on, it seemed the more corners they ran in to, skirting around the edges rather than taking on the Mullinavat defence, who will be more than pleased at conceding so little from play.
For Mullinavat this was a display they can certainly build on, and if the game had to go on for another while, they would not have been complaining. They looked ever so comfortable.
They were just quicker with their use of the ball, and supported each other well, particularly up front. After an early save, Jim Culleton saw very little of the ball.
Fireworks in the opening five minutes promised much, with both sides having goal chances; Matt Ruth for The Village and John Walsh for ’Vat.
Both were denied as the eventual winners led by 0-3 to 0-1 after a good opening flurry of exchanges.
By the end of the quarter thought, the winners had stretched the lead to 0-8 to 0-2 and they were flying.
The Village recorded their only score from play in the first half courtesy of Luke Scanlon in the 27th minute. At the other end Ian Duggan punished all indiscretions, and helped guide Mullinavat into a 0-13 to 0-5 interval lead.
Wasteful
The Village were also the more wasteful, recording five wides to two. In the main Mullinavat made full use of the breeze and with their midfield hurling well, and their forwards combining around the lively John Walsh, they were always the more threatening.
Even with the backing of the elements, little changed for James Stephens.
Jamie Fennelly had a goal for Mullinavat in the 35th minute and when he was set up for his second in the 46th by Walsh (2-15 to 0-8) the game was over.
Mullinavat showed a greater cohesion in attack, played the ball well and supported each other up front.
The Village were left chasing a lost cause. Late goals from John Walsh and Michael Malone made it a celebration day for the ’Vat.
While Mullinavat would be slightly flattered by the margin of victory, The Village still have questions to ask of themselves.
The ’Vat were worthy winners. James Stephens went almost half the game without scoring from play. C0nceding four goals on top of that is not on.
Their better displays came from Jackie Tyrrell, consistently striking long throughout, David Hennessy, Luke Scanlon, Matthew Ruth and Niall Brassil in the second half.
As for Mullinavat, Robbie Malone hurled well at wing back. Michael Malone shone at midfield, while Liam Fennelly on the wing, Jamie Fennelly and John Walsh were a constant threat.
SCORERS: Mullinavat - Jamie Fennelly (2-1); Ian Duggan (0-7, frees); John Walsh (1-3); Simon Aylward (0-3, frees); Liam Fennelly (0-2); Michael Malone (1-0); Mark Mansfield (0-1, sideline cut); Willie O’Dwyer (0-1). James Stephens - David Walton (0-6 frees); Niall Brassil (0-2); Matthew Ruth, Niall Mullins, Eoin Larkin, Luke Scanlon (0-1 each).
Mullinavat - Jim Culleton: Joe Fennelly, Tom Aylward, Paudie Gahan; Robbie Malone, Simon Aylward, Mark Mansfield; Michael Malone, Willie O’Dwyer; Ger Malone, Ian Duggan, Joe Gahan; Jamie Fennelly, Liam Fennelly, John Walsh. Subs: Adam Mansfield and Oisin Knox for Willie O’Dwyer and Joe Gahan, Mikey Jones for Paudie Gahan.
James Stephens - Gavin Costigan; Shane Donoghue, David Hennessy, Niall McQuillan; Conor Browne, Jack McGrath, Jackie Tyrrell; Niall Delaney, Luke Scanlon; Niall Mullins, Matt Ruth, Niall Brassil; David Walton, Mikey Drennan, Eoin Larkin. Subs: Luke Hickey for McQuillan, Dinny Stapleton for Walton, Brian Crowdle for Drennan.
Referee - Paul Cahill (Dunnamaggin).