The best bets for Gold Cup day at Punchestown 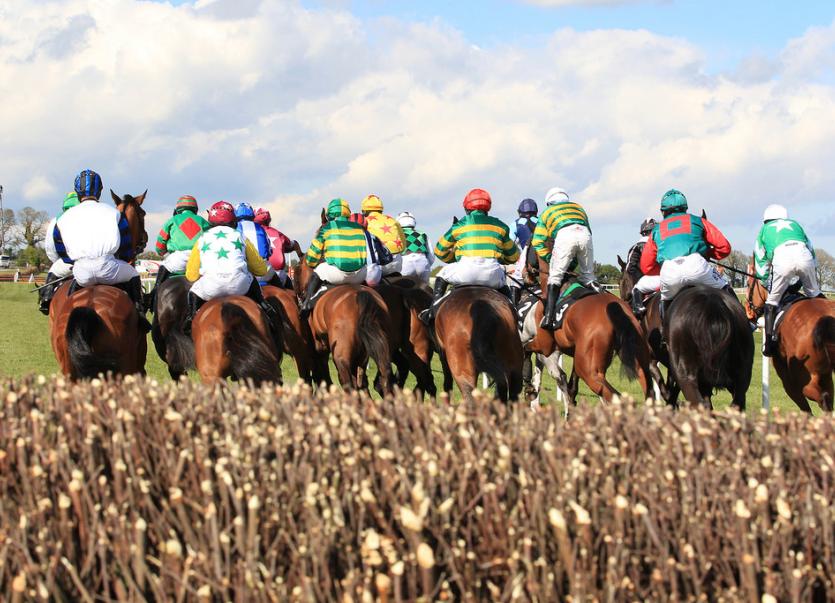 A tricky contest to work out where Willie Mullins could well have a couple of handy handicap debutants up his sleeve in the shape of Hey Little Boy and Cara Des Flos. However, I would have to side with the consistent ALLARDYCE (12/1) for Edward O'Grady. This is his handicap hurdle debut but he has some maiden form that is reading better every day. He finished third behind Draconien at Clonmel last December, a horse that went on to beat the likes of Getabird and Mengli Khan on the opening day of this year's Punchestown Festival. He chased home Beyond The Law after that, and while that horse has disappointed recently, he slammed Draconien by 22 lengths at Clonmel in January. ALLARDYCE finally got his head in front last time out as he came home seven lengths in front of Last Man Standing at Limerick earlier this month. He's finished in the front three in each of his last ten starts, and that consistency makes him a solid each-way bet.

Another cracking race which seems to pit Mullins and Elliott against one another as they saddle four of the nine runners between them. Sire Des Berlais will prove popular after a good fourth in the Martin Pipe at Cheltenham, while Pravalaguna will be nearing the top of the market after finishing fourth in a good handicap hurdle behind Low Sun at Fairyhouse earlier this month. However, I'd look deeper into the Mullins yard and side with GOOD THYNE TARA (10/1), a mare who will receive a seven-pound allowance from her male rivals. Pravalaguna will receive the same treatment, but it's worth considering highly Good Thyne Tara's form with the all-conquering Samcro. She chased him home in a National Hunt flat race in late 2016, but more pertinent is her run to finish just 18 lengths behind Gordon Elliott's star at Navan in November. Samcro has dominated since, including a big win at Cheltenham, while another Cheltenham winner, Delta Work, was just five lengths in front of Good Thyne Tara in that Navan race. She also ran well to be third at this festival last year behind Asthuria and Pravalaguna, but with very few miles on the clock and no problem with the softening ground, she's a major player.

Look no further than NEXT DESTINATION (13/8) here for Willie Mullins. He's looked a top prospect over hurdles with comprehensive wins over Someday and Cracking Smart earlier this season, and was a strong third behind Samcro in the Ballymore at Cheltenham. He was seven lengths behind a horse that by all accounts is an absolute superstar on that occasion. As well as that, this step up to three miles looks like it will suit him and connections had considered making that step up for Cheltenham in the Albert Bartlett. Nevertheless, this ground is no problem for the horse as he's won on heavy and soft. Kilbricken Storm is an interesting British raider for Colin Tizzard, while Ballyward, Delta Work and Blow By Blow are not without chances. Next Destination, however, could well prove the bet of the day.

The 3/1 odds offered for Road To Respect is far too short in a race with so many unknowns. Can Djakadam recapture his form on this favourable ground? Will Edwulf return to his Irish Gold Cup form? Is Killultagh Vic better than his bare Gold Cup form suggests? Will Total Recall outstay them all after a failed Grand National bid? Is Bellshill the class in the field? These questions prove that this is a punter's race and will be a fierce betting heat. The horse I'd be picking out of the quandary is OUTLANDER (20/1). He was pulled up in both the Cheltenham Gold Cup and his subsequent rescue mission at Fairyhouse. However, in his pomp, he was a top class chaser and a multiple graded winner. Just three starts ago, he put in a battling display to finish second behind Edwulf in the Irish Gold Cup. Before that he was just three lengths behind Road To Respect at Leopardstown, making that rival's odds here look considerably skinny. Outlander is Gordon Elliott's sole representative here and he's a shrewd operator. This one will go close in my book.

Although stablemate Blackbow has leapfrogged her in the market, there's no reason why he or any of these rivals will reverse their Cheltenham form with RELEGATE (7/2). This filly was as brave as a lion as she plugged on so well to deny Carefully Selected in that Cheltenham bumper. She was a surprise winner there, but if you go further into her form book, you'll see she beat Getaway Katie Mai at Leopardstown in February. That rival went on to win the Grade 2 Flat Race at Aintree earlier this month. Blackbow is a worthy rival but showed serious chinks by refusing to settle at Cheltenham, eventually wilting into a distant fifth spot. Rapid Escape is a big each-way danger having won at this track recently.

Colin Tizzard comes across the Irish Sea to saddle the favourite here and Shanahan's Turn is a strong market leader having finished second in the Topham Chase at Aintree recently. Down the field that day was POLIDAM (12/1) but he's forgiven his poor run that day after making a mistake midway through the race. He is capable of a return to the form that saw him slam Acapella Bourgeois at Navan before Christmas. The likes of Ruby Walsh and trainer Willie Mullins have expressed their regard for this horse, and he should not be discounted after what has been a difficult period. He had a wind op earlier this year and given the fact the seriously testing Topham Chase was his first outing since, he can be expected to improve today.

Gordon Elliott has a strong hand in the last race on the card on Wednesday with Tintangle vying for favourtism with Willie Mullins' Colreevy, but I'd be inclined to go for Tintangle's 12/1 stable companion, BLACK TEARS (12/1). She was second behind Pat's Pick at Fairyhouse recently, but it's an earlier winning run that is of most interest. In March, Black Tears was a cosy winner at Cork, seeing off Barrington Court by over two lengths. Tuesday's flat race at Punchestown has increased the value of that form as Barrington Court went down by just over a length to Kalum River. With the rain no issue, Black Tears can stay on to challenge for the Meath handler.