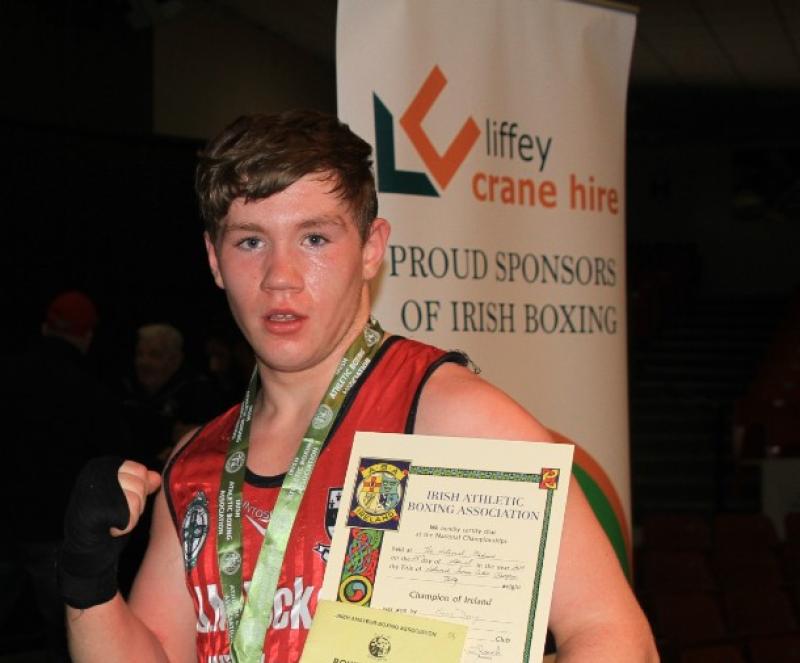 Kilkenny will have two boxers competing at the European Cadet championships in Bulgaria at the end of next month.
Curtis Darcy (14) and Nora Jackman (12) from Callan and Paulstown boxing clubs respectively, qualified by winning the national titles at the weekend.
Curtis won the boys 76 kgs division, while Nora showed champion quality to win the girls 43 kgs division.
Big hitting Curtis pounded his opponent in the semi-final into submission inside 50 seconds.
In her final in the National Stadium on Friday night, Nora forced her Dublin opponent to take two counts, in the first and third rounds.
Nora won the Irish schoolgirls championship last year. She will be chasing another title in the grade this weekend.