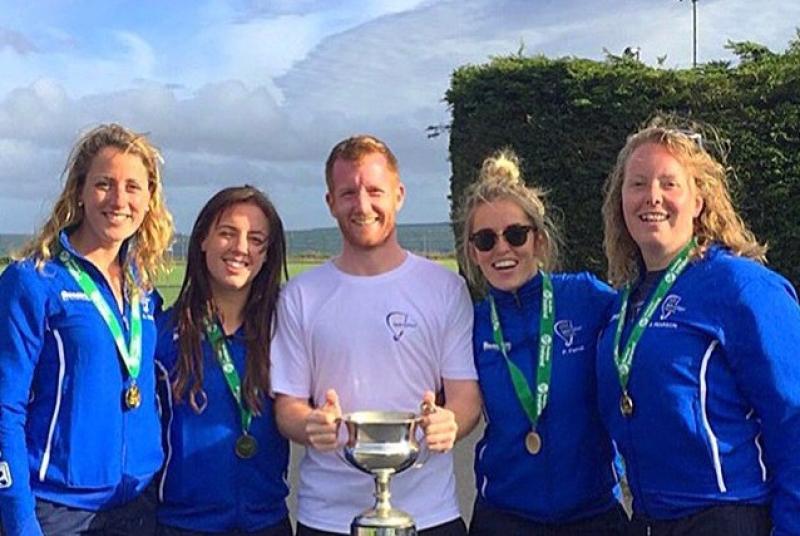 Kilkenny hockey club was well represented at the Interpros in Cork Harlequins grounds at the weekend.
It was a proud moment for Kilkenny as five club members were selected to play for the Leinster squads.
Eric Comerford put in some stellar performances for the Leinster men’s side over the course of the weekend.
Playing a total of four games in two days, Eric covered almost every inch of the field and was unlucky to return home without a medal.
It was a different chain of events for the ladies side. In a nail-biting finish, Leinster were crowned interprovincial champions.
Ally Carter, Paula Farrell, Laura O’Neill and captain of the side, Sue Shirley showed immense character as they battled hard for their province in every game. It was a spectacular end to the hockey season for the players.