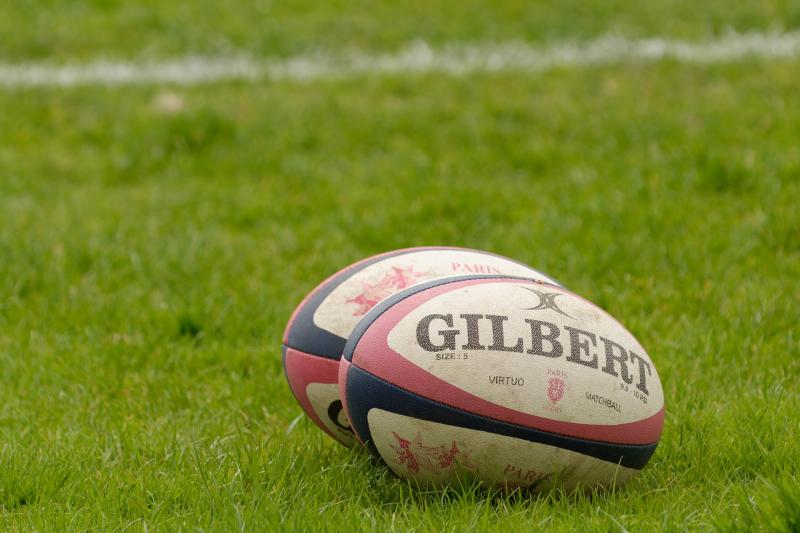 Kilkenny rugby club finished the 2017/18 season on a high when the Thirds scored a thrilling one point win over Nass in the Dunne Cup final.
Kilkenny used every ounce of their experience to grind out victory. They started with veteran Dave Matthews as hooker, the evergreen Conor Bass packed down at No 8 with Simon Manuel directing operations from No. 12.
From the kick off Naas were put under pressure. Kilkenny’s plan was to use strong ball carriers to get across the gain line, allowing out-half Gary Doyle pick gaps and release the center partnership of Manuel and Philly Walsh.
After five minutes Kilkenny got deep into Naas territory. The next wave of carrying came through James Blanchfield and Liam McWee.
With the Naas defence going backwards, the winners knocked on. From the scrum Naas hooker and past Kilkenny player, James Bond won possession.
He started a move that ended with a try under the posts. The conversion was added (7-0).
This was to be the last time Naas breached the Kilkenny defence. The winners took complete control.
The kick-off was claimed by the dynamic Leon Madigan, who drew four defenders into the tackle. Off the break down, scrum half Victor Harper moved the ball. Philly Walsh moved forward, passing to winger Matthew McWee, who made significant ground.
Led by James Blanchfield, the support arrived quickly. Harper got the ball to Manuel, who charged 10 metres to the line to score a try.
From the kick off, Madigan again ploughed forward. From the next phase, Naas forced a knock on and another past Kilkenny player, Paul Donnelly got a clear run.
Blanchfield saved the day with a last ditch tackle and turned over possession. Blanchfield won a penalty which allowed Philly Walsh clear the lines.
Kilkenny then had a man shown a yellow card. With half-time approaching Kilkenny starving Naas of possession.
During the break the winners withdrew the injured Gary Doyle (ankle) and put on Argentinean Freddy Quaglia.
The former Argentinean international Sevens player who also fielded with famed Limerick side, Garryowen along side Munster stars, Keith Earls and Mike Sherry was a most able replacement.
Quagila moved to inside center and Philly Walsh to out-half. Eddie Brennan was replaced by John Harper. This change saw Leon Madigan move into prop, allowing Harper to operate at No 6.
The message from Kilkenny managers Vinny O’Shea and Ronan Blanchfield to the players was simple - use your experience and physical strength.
Kilkenny opened the second half in blistering fashion. From an over cooked Naas kick off they were awarded a scrum.
Walsh pinged an accurate kick down field and into touch. Putting pressure on the lineout Kilkenny forced a turnover.
After seven phases of play, Naas were holding out. John Harper spotted a gap. He picked possession and jumped over the ruck to score a try.
Looking to close out the game, Kilkenny went for the third try. Again Walsh’s boot helped pushed Naas back deep.
From the lineout Walsh fed Manuel with a beautiful pass. Manuel made yards, but lacking support, the Kildare men forced a turnover.
Naas missed the kick to touch and Tom Corrigan took possession. He lofted a Garryowen.
After gathering the kick the referee deemed a Naas player took out the Kilkenny full back before his feet touched the ground. Penalty on half way.
Kilkenny opted to go to the corner. Calling a four man lineout Matthews found Harper, who set up a maul.
With a big push and Matthews in possession the 15 metre drive went all the way over the try line, 15-7.
With 10 minutes left it was Kilkenny’s game to loose. Experienced duo Simon Manuel and Freddy Quaglia locked down the Kilkenny defence.
Kilkenny held possession. Forwards and backs united in the effort to run down the clock. With three minutes remaining Naas won possession and gained yards with every phase.
Eventually the Kilkenny line was at their mercy. Naas threatened, but as they tried to go wide Freddy Quaglia intercepted a pass and raced the length of the pitch to score a try.
The referee called play back, ruling an off side. No matter, with only seconds remaining the Cats could not be caught.
Naas took a quick tap penalty and put the ball through the hands before going over for a converted consolation try.
What a wonderful way to cap off a great season for the Kilkenny club. With an average age of 34, the victory was one for experience over youth.
Kilkenny had some exceptional performers in the forwards - Leon Madigan, Dave Matthews, John Harper and James Blanchfield , who were all excellent.
In the backs Matthew McWee, Philip Walsh and Victor Harper were superb.
Man of the match was Simon Manuel. The 50-year-old rolled back the years and turned in a top class performance. He was rock solid in defence and sublime in attack.
In his acceptance speech team Captain Conor Bass thanked the players for their commitment during the six game campaign. He also thanked the team management of Vinny O’Shea and Ronan Blanchfield.
Bass also congratulated Dave Matthews on picking up his third Dunne Cup medal having previously been victorious in 2007 and 2016.
Club President Padraic Treacy commented on the team’s work-rate while mentioning the future importance to the club of younger players Shane Fahy, the McWee brothers Matthew and Liam, Liam O’Neill and Kevin Brennan. Treacy challenged all to push to make the 1st XV.
Kilkenny - 1 Wayne Byrne, 2 Dave Matthews (5pts, 1 try), 3 Eddie Brennan, 4 James Blanchfield, 5 Darragh Morrissey, 6 Leon Madigan, 7 Liam McWee, 8 Conor Bass, 9 Victor Harper, 10 Gary Doyle, 11 Matthew McWee, 12 Simon Manuel (5pts, 1 try), 13 Philly Walsh, 14 Shane Rafferty, 15 Tom Corrigan. Subs Liam Phelan, John Harper (5pts, 1 try), Freddy Quaglia, Vinnny O’Shea, Glen Tector, Liam Phelan, Kevin Brennan, Shane Fahy.