Oscar Traynor: Agony for Kilkenny as Carlow claim the crown 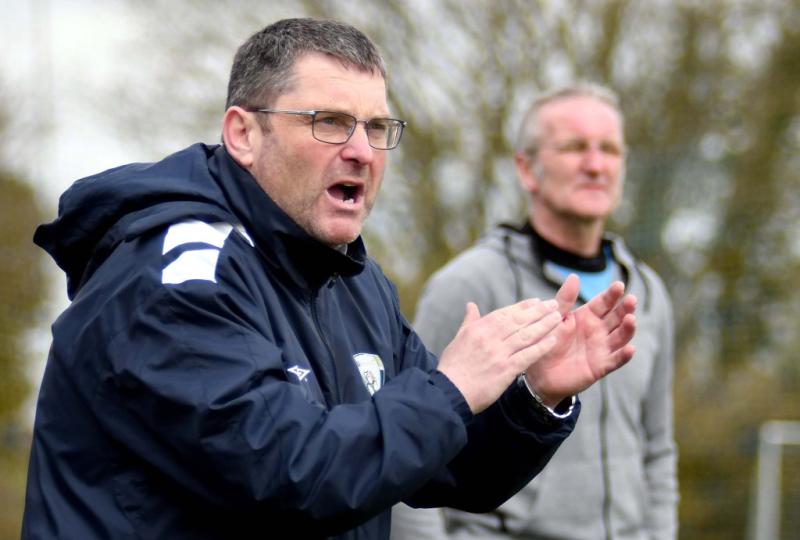 Kilkenny’s dreams of Oscar Traynor Trophy glory were wrecked as Carlow crashed the party and swiped the silverware at a sun-soaked Derdimus.

Home advantage and strong support were swept aside on Sunday afternoon as Graham Delaney’s second half goal made sure the visitors got their hands on the title for the first time.

Kilkenny shrugged off the bad luck, but for all their efforts they couldn’t find a way back into the game. They gave their all, Craig Wall going close with an injury-time break, but Carlow goalkeeper and Man of the Match Zak Youngram pulled off a super save to make sure his side stayed in front until the final whistle.

Both goalkeepers were kept busy during the opening stages, but it was Carlow who drew first blood when Colin Osborne pounced on Craig Comerford’s cleverly-headed pass across goal to make it 1-0 after 42 minutes.

The lead lasted little over 60 seconds as the Cats roared back. Strong pressure yielded a corner, which Cathal Gaffney headed into his own net.

Kilkenny went pushing for a second goal in the early stages of the second half, but were caught when Delaney fired home what proved to be the winner.

Things didn’t get any easier for the Cats, who played the last half hour with 10 men after David Rice was dismissed for a second yellow card, but they kept looking for that equaliser. However a strong Carlow defence, and equally impressive goalkeeper, kept them at bay.