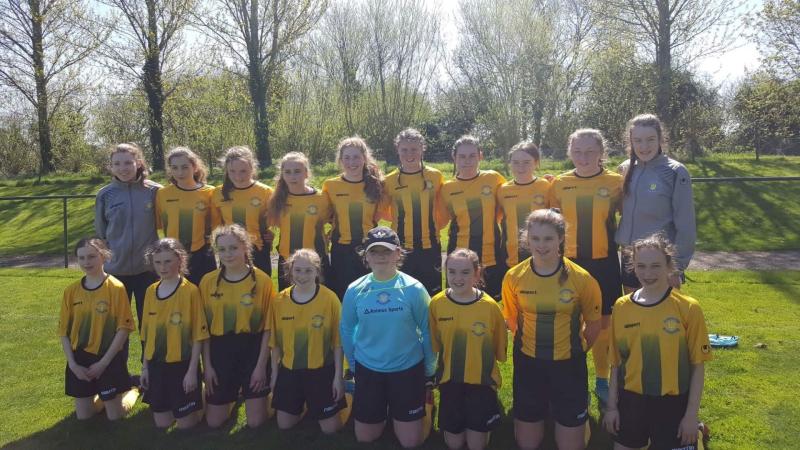 The Kilkenny & District League's under-14 girls' team have their eyes firmly fixed on Gaynor Cup glory.

The Cats started their tournament in style, scoring three wins out of three in their group games at the University of Limerick.

They made a great start, beating Galway 2-1 in their opener thanks to an Ellen Molloy brace.

The Thomastown United player was the star of the show for Kilkenny opening day as Kilkenny went on to beat Limerick Desmond 2-1 in their second game.

The captain's displays earned her the honour of Player of the Day, for which she was presented with a pair of boots by Republic of Ireland senior manager Colin Bell.

Kilkenny completed their group stage with another win today (Friday). The 100% record was secured when they saw off Sligo/Leitrim 3-1 thanks to goals from Meadbh Richardson, Aine Rohan and Aimee Clifford.

The team are now through to the Gaynor Cup semi-finals. The knockout stages of the competition will be played at the weekend.