Forwards who can score the No. 1 priority for Kilkenny 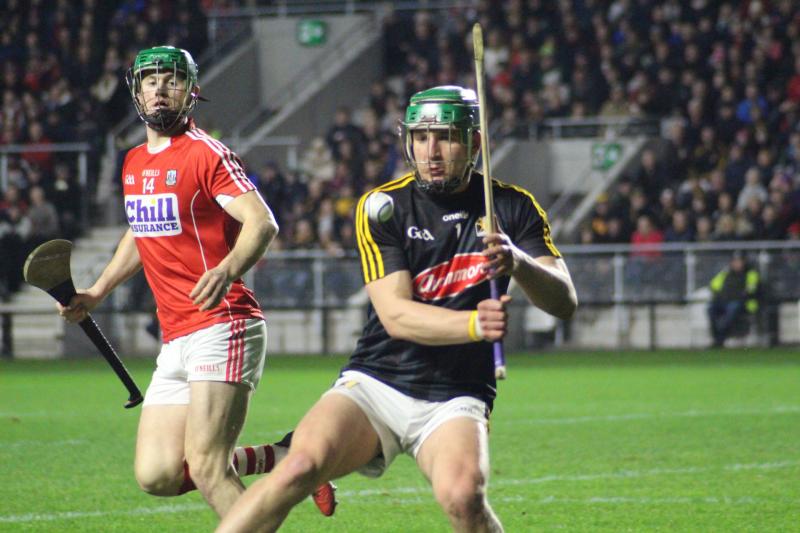 Here’s a random name from the past. Philip Larkin. The man from the Village, obviously, as opposed to the poet.
Philip Larkin’s debut championship season? 1996. The number of games he played in that debut championship season? One. Kilkenny were beaten by Wexford in the Leinster quarter-final and that was that.
The debut championship season for John Donnelly, Richie Leahy (give or take his cameo against Waterford in the qualifiers last year), Martin Keoghan, James Maher, Enda Morrissey et al? 2018. The number of championship games this cohort appeared in between them? Seven.
In reaching the end of the line at Semple Stadium on Sunday, Kilkenny got as far as they were entitled to. One of the best six teams in the country, yes, but not one of the best four. No matter. To have reached an All-Ireland semi-final would have been pushing it. Let’s face it, when you’ve played those aforementioned seven matches and won only three of them – and two of those three narrowly after a late surge – you can hardly complain.
Championship 2018 was a learning curve for the county’s youngsters and an invaluable one. Think of all the new experiences (plural) they packed into the seven matches. Playing on tight pitches: Parnell Park. Facing man-mountain opponents: Galway, three times. Trying to bypass sweepers: Wexford. Chasing hopeless causes and almost succeeding: Galway in Thurles. Encountering opponents who can pick off points from all angles and distances: Galway and Limerick.
It amounted to the kind of experience (singular) one cannot buy and it will stand to them in the years to come. For the supporters too it was a tremendously exciting, incident-packed summer with no shortage of value for money. Kilkenny may not have been brilliant but they have never been braver. Brian Cody is entitled to be a proud man. It’s not all about silverware.
Come to think of it, the number seven has relevance here for another reason. That was how many youngsters Cody gave a first championship start to at Parnell Park in May. This was – literally – half a new Kilkenny team. Viewing it in that context, they outdid themselves in reaching the All-Ireland quarter-finals.
Cody and his selectors, as we mentioned here a while back, performed far better than they did last season, the first half of the round-robin fixture with Wexford at Nowlan Park apart. If one wanted to be critical one might argue that they should have sprung Leahy and Donnelly earlier than they did on Sunday. But, to repeat, Kilkenny found their level and Limerick, who played clear-minded, cogent hurling, were the better team. It speaks volumes when the county’s player of the year – yes, ahead even of T.J. Reid – was Eoin Murphy.
That the men in stripes have time and again found themselves chasing down a lead says something too. They came from behind in Parnell Park to snatch victory on the finishing line. They came from nine points down to beat Wexford. They came from three down with two minutes left to draw the Leinster final. They came from 12 down in the replay to make it a one-point game. Against Limerick they were five down after three quarters of an hour.
The reality that underlies this pattern? Kilkenny are unable to shape games because of the sterility of their forward line. That’s the overriding problem and a bigger issue than those spirit-sapping seven wides in the first ten minutes of the second half on Sunday.
As against Galway seven days earlier, the lack of scores from play proved fatal. Limerick’s starting forwards hit 0-17 from play with each of the six finding the target at least once. The starting Noreside forwards hit 1-6 from play with three of them drawing a blank.
Poor T.J. deserves some kind of reward for services uncomplainingly rendered. He could probably also do with some specialist back treatment after a Summer spent carrying the Kilkenny attack by himself, or at any rate till Richie Hogan returned.
“Wanted: Scoring Forwards. Further enquiries to B Cody, Sheestown.”
No, this newspaper is unlikely to carry such an ad any time soon. Still, the pathology will have to be eradicated in time for 2019. When the club scene resumes, you know what the big man will be looking out for.