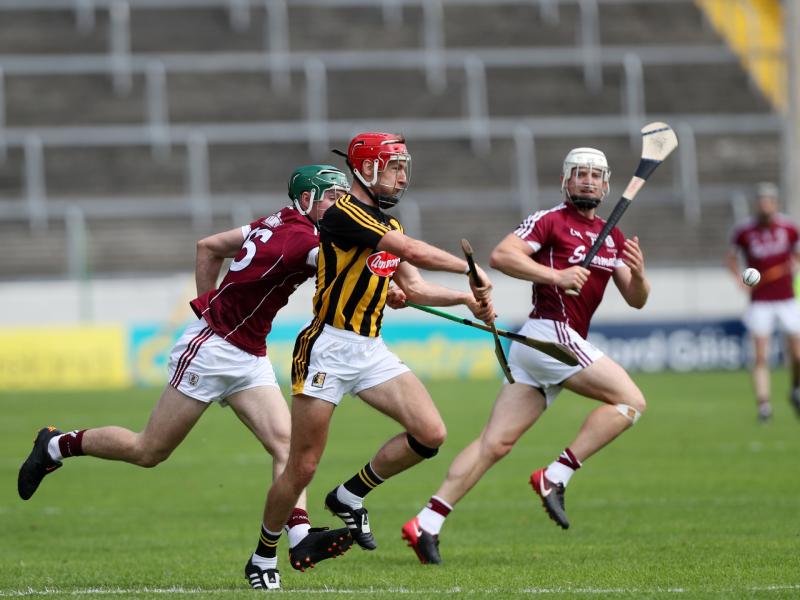 When Kilkenny manager, Brian Cody, eventually sits down and reflects upon the season 2018 he can afford himself a smile of satisfaction.
His young braves travelled a long way in just a year.
So much has been gained - a strong panel; a National Hurling League title; confirmation that the tenacious, bullish attitude to never give up is there among the men of tomorrow.
Who would have thought it? A team in transition were not even supposed to be in a provincial final, yet they ended up putting it up to the All-Ireland champions on not one, but two occasions.
Fans have become accustomed to a trend whenever Kilkenny are playing. If they get the opposition on the ropes, they know how to deliver the knockout punch.
They may not be dominant all the time, but they are masters of comebacks. Above all else, Cody will be delighted that the next generation have taken on that kind of attitude.
Last week against Galway was different. Kilkenny stormed back from huge arrears to get within a point of Galway. Again. And in the space of a week.
Honestly, that felt like a victory.
The fans loved it. There was a common thread through conversations: “We did well to come back”; “You can never write them off”; “This will bring on the younger players a ton.”
The team has always aroused pride in the Kilkenny public, but perhaps even more this year. Perhaps it’s because of what the classed ‘no-hopers’ achieved, and how well they did against the best team in the country.
On Sunday the Cats faced another formidable force, Limerick.
Hot off an ultra-impressive Munster campaign, the Treatymen had been widely tipped to be the main challengers to Galway’s All-Ireland crown. All they had to do was push aside Kilkenny.
The challenge was a tough one to throw down to a side as young as Limerick, but it was one they relished. Lest we forget, a mere 12 months ago Kilkenny were the very team that ended Limerick’s season.
Revenge was most likely a motivating factor.
Many pundits felt it was advantage Limerick. Kilkenny’s involvement in two energy sapping encounters against Galway, and injuries to key players meant the odds were stacked against them.
Fatigue, or possible, fatigue was in the mix too. Also it was felt that Limerick might follow Galway’s lead and try and exploit Kilkenny’s full back line.
In Kilkenny’s case, their starting team would have to be fronted by their strongest attack. Against Galway a week earlier their starting forwards scored only 1-3 from play. Gaining better returns was a must.
They needed to take their chances.
Initially the Kilkenny management named two changes when the team was announced on Friday night. Colin Fennelly came in for Walter Walsh; Martin Keoghan for John Donnelly.
However, more changes were made on the day. Richie Hogan, Robert Lennon and Pat Lyng joined the starting XV.
You could tell from Kilkenny’s body language that they were up for it. Sometimes a lot of changes can inject a bit of freshness into a team.
Richie Hogan, straight off, shot Kilkenny’s first point from play. It was soon followed by one from Limerick’s Shane Flanagan.
Kilkenny then went on a brief scoring spree with points from James Maher, T.J. Reid and Colin Fennelly. They were flying.
However, Limerick, even early on, never panicked. They were content to chase and nab a point when they could. Their half forward line, who, by the end of the day scored 10 points between them, had their markers at sixes and sevens.
They were deadly with their deliveries. Unlike the Kilkenny forwards who had a lot of missed chances, they raised the white flags more easily.
Walter Walsh’s absence was being felt as his colleagues struggled to win possession. For Kilkenny, the opening 35 minutes was very mixed. They were unable to build a comprehensive lead and put Limerick under pressure.
The losers supporters would have been worried. Their favourites had put in an massive effort but went into the break three points down.
As always though, Kilkenny approached the second half like a new game. They refused to let Limerick boss them.
Liam Blanchfield was introduced just before half time in a bid to inject additional physicality into the attack. T.J. Reid kicked off proceedings with a point from free in the 37th minute.
However, Kilkenny struggled to register after that, missing chance after chance. Too often ball was sent into the full forward line and there was nobody there. If they had worked the ball with more thought into the attack it would have posed more serious questions for the opposition.
The inclusion into the attack of Richie Leahy and John Donnelly helped changed things. They contributed five points between them and Donnelly was involved in the lead up to Kilkenny’s goal.
At the other end we had possibly the standout performances of the summer from Kilkenny netminder, Eoin Murphy. His brilliance was definitely part of the reason the game was in the melting pot right into the 70th minute.
That, and a fabulous goal for Richie Hogan, of course.
One of the highlights was seeing the Danesfort man back to his best. Already we look to 2019 with hope in our hearts.
Limerick fully deserved their victory. They showed incredible composure to comeback after Kilkenny shot a late goal.
They will hit the All-Ireland semi and Cork with momentum growing. A nice way to be.
The hurling Summer has ended for Kilkenny. There is a lot to ponder over the next few months, most of it good, which is a not a bad thing.
There is plenty of room for optimism.