St Patrick's insist they encouraged players to turn out with Kilkenny 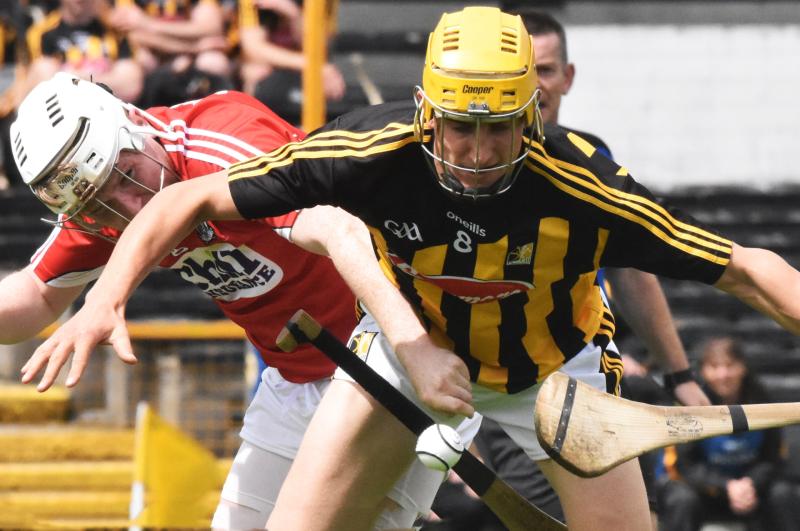 Intermediate hurling champions, St Patrick’s (Ballyragget) have denied suggestions they snubbed the Kilkenny squad for the All-Ireland intermediate championship.
Kilkenny were beaten by Cork in the final at Nowlan Park on Saturday, with team selector Tom Phelan, the only person from the St Patrick’s club involved with the county squad.
A club spokesman insisted players were encouraged by the club and senior team management to join the county panel, but a glut of injuries complicated the situation.
Nominated captain, Steve Staunton, a member of the extended Kilkenny senior panel, picked up an injury, apparently, and was ruled out.
All injured
Then so too did the next choice, Joe Brennan and the third choice, James Gannon, meaning the club did not provide a skipper for the county team.
The club chairman, John McGrath, explained the difficulties to County Board chairman, Jimmy Walsh, at the launch of the senior championship last Thursday, two days before the decider, we have been told.
Mr Walsh was informed that 11 players were nursing knocks and sat out the action in a club match against Glenmore the previous Tuesday. Others were away on holidays, so the playing resources simply weren’t there.
“We would never refuse to make players available to the county,” the spokesman said.

Kilkenny were beaten by 2-19 to 0-18.
Meanwhile, Kilkenny manager, David O’Neill felt the squad of players put in a top class effort.
“We can only be proud of the players,” insisted the Graigue-Ballycallan clubman, who had players from 14 clubs involved. “We got off to a good start, a great start against a strong breeze.
“We felt and we knew at half-time that we were in with a serious chance of winning. We got within one score of them late in the game, but we just couldn’t catch them. All credit to the players. They were great.”
Kilkenny and Cork were the only counties who entered the championship, so the final was the only game in it. The Cats were chasing a three in-a-row.
Recognising the fact that the championship was now in danger of being scrapped, Mr O’Neill pleaded with the GAA to keep it going.
“This has been a serious pathway on to the inter-county stage for an awful lot of Kilkenny players,” he insisted. “We will always enter a team. We will keep the fundamentals right in Kilkenny.
“Other counties are asleep if they don’t see the benefits of this championship.”
The players, he said, could feel proud of their efforts.
“We are proud of the last two teams who won the All-Ireland, and we are equally proud of these players for the effort they put in for the county,” he continued.
Difficult
“It is difficult to build a whole new team, as we had to do after winning last year.
“We are fishing from a small pool, so it is not easy. Bring on next year.
“Whoever will be there, we will be in the background to help them,” he insisted.
He pointed out that two-thirds of the players who fielded with the Kilkenny seniors in the All-Ireland quarter-final against Limerick a few weeks ago had played with the intermediate side at one time or another.
“That proves the value, the worth of this competition to Kilkenny,” he insisted.
“Every promising players needs a leg up, a pathway into the next level of the game and the intermediate championship has a part to play in the GAA story,” he said.
Kilkenny has a proud record in this championship. The county won the title five times and contested more finals than any other county.