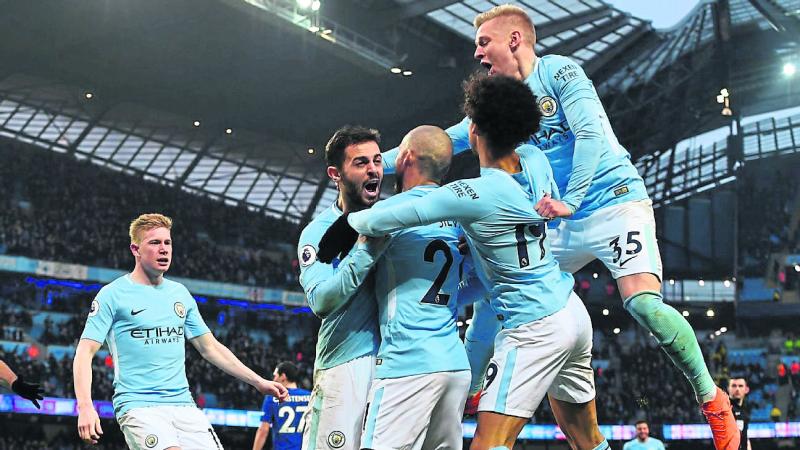 It seems like only a couple of weeks since Hugo Lloris lifted the golden statuette in Moscow.
It is only a couple of weeks since Hugo Lloris lifted the golden statuette in Moscow.
But the Premier League returns next weekend and it’s like it’s never been away.
In a way it hasn’t. If diplomacy is war by other means, then what was the World Cup but the EPL under a different brand name?
Kanté guarding the midfield for France. Pogba’s form prompting predictable and tiresome questions about whether he plays better for his country than for Manchester United because he gets on better with his international manager than with his club manager. De Gea looking uncharacteristically human. Kane scoring goals, however ungracefully. Lovren appearing in a World Cup final.
The merry-go-round cranks up again in a couple of days. Get set for nine months of the usual controversies and faux-controversies, with the usual faces divvying up the silverware between them. Come the middle of May it should be Manchester City again, particularly now that they’ve strengthened by signing Riyad Mahrez.
One trusts nonetheless that this time they won’t be home and hosed by Christmas. This time, hopefully, they’ll be pushed by someone. Probably Liverpool.
I still haven’t decided whether Jurgen Klopp is a visionary or a chancer, or whether in fact there’s much of a dividing line in between. But he has the rare ability to make the fans feel good about themselves and their club, which is important. And Liverpool have upgraded in goal, and Van Dijk has had half a season to bed in at centre-back, and they’ve spent small fortunes on Fabinho and Keita, and even if Salah doesn’t repeat last season’s supernal form they still have Mané and Firminho.
They may not win a first title since 1990. But there’s no reason they shouldn’t finish second to a City side whose power and pace remain frightening.
It’ll be a surprise if Liverpool don’t at least finish about Manchester United. Jose Mourinho long ago metamorphosed from something fresh and exciting, with an entrancing whiff of sulphur about him, to a king-sized pain in the posterior. If outsiders feel this way, how can he possibly have the dressing room playing for him? On the other hand, it’s so obvious that Manchester United will be in crisis by Christmas that almost certainly nothing of the sort will happen.
Elsewhere Unai Emery will make Arsenal harder to beat, which won’t be a huge task, and heaven knows what will happen with Maurizio Sarri and Chelsea.
A position on Spurs will have to be reserved until the transfer window closes on Thursday. But if they start the season without at least one big-name signing, the return to the new White Hart Lane – if that doesn’t sound an oxymoron - risks going badly wrong. Mauricio Pochettino has brought them so far that for Daniel Levy to refuse to push the boat out now would be tantamount to self-harm.
Elsewhere it’ll be instructive to keep an eye out for Chris Hughton, prospectively the next Irish manager. He did a splendid job keeping Brighton and Hove Albion up last season. Now he faces a much harder job. Keeping them up for a second season.
A similar remark applies to Rafa Benitez, still labouring amid the shadow of the evil Ashley empire. He pulled off arguably the achievement of 2017-18 by keeping Newcastle United up, not even on a shoestring but on half a shoestring. As with Brighton, repeating the trick will be more difficult.
Buckle up.