All-Ireland final day: how the programme will unfold 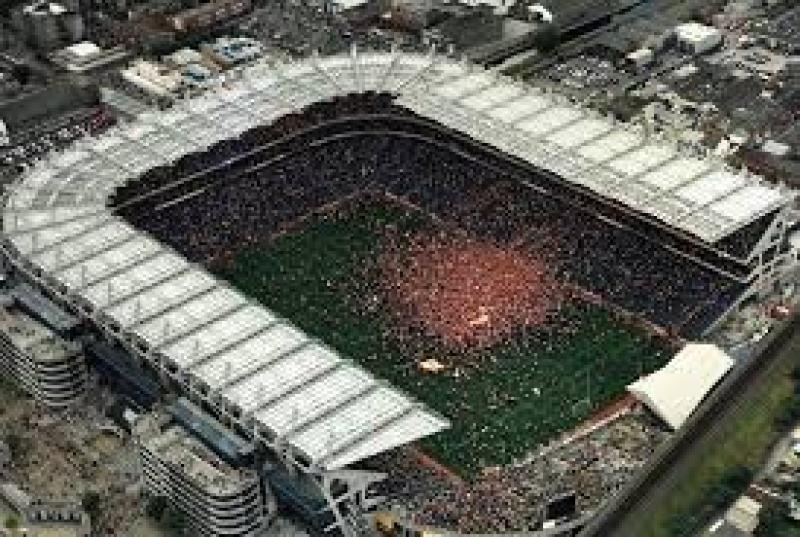 The GAA has confirmed the list of ceremonies around Sunday’s All-Ireland hurling finals at Croke Park.
In a new initiative, the GAA will be present in Dublin Airport’s Terminal 2 tomorrow (Friday) from 10am to 2pm with the Liam MacCarthy Cup and a fáilte abhaile team to welcome home supporters who have travelled back from overseas especially to be part of the All-Ireland weekend.
At 10am on Sunday, members of the Defence Forces will be involved in a special ceremony to raise the national tricolor over the Dineen/Hill 16 end of the stadium.
Later in the day, the Defence Forces will also provide a colour party of the flags of the four provinces as part of the build up to the senior final.
The Electric Ireland All-Ireland minor hurling final between Galway and Kilkenny will throw-in at 1pm. It will also be shown live by TG4.
At half-time in this game there will be the GAA Cumann na mBunscol INTO/Respect Exhibition Go Games. There will also be music provided by the Ryan family from Pallasgreen in Limerick, who have enjoyed a string of success at Scór na nÓg and Scór sinsear.
Following the presentation of the cup to the victorious minor team, there will be a special ceremony to honour the Hurling Team of the 90s – a selection of outstanding players from an iconic decade in the game’s history.
In the event that the minor final goes to extra-time, this Team of the 90s ceremony will move to the half-time interval in the senior game.
The entrance onto the field of the senior teams will be preceded by a pageant of flags with children chosen by competition sponsors Littlewoods Ireland, Centra and Bord Gais Energy providing a guard of honour at the Hogan Stand tunnel.
Before the senior final the Galway and Limerick teams will line up on the red carpet to meet President Michael D. Higgins and GAA President John Horan.
Also present on the red carpet will be children wearing the club jerseys of each member of the starting teams in recognition of the role played by their clubs in producing these stars for inter-county level.
The pre-match parade will take place behind the Artane Band, and the Artane Band will perform Amhrán na bhFiann.
For the first time, the national anthem in sign language will be displayed on the Croke Park big screens. The sign language version will be performed by Darren Byrne, chairperson of the Council of ISL Interpreters
Musical entertainment at half time in the senior final will be provided by the band Brave Giant, all of whom have strong Longford GAA connections.
The match will see Croke Park full to its 82,000 capacity for the first time this year. Supporters have been reminded about the baggage restrictions in operation at Croke Park and advised not to arrive at the stadium with bags larger than A4 size and to co-operate with Gardai and stewards at all times, but particularly when it comes to exiting after the game.
The GAA hurling All-Ireland senior final will throw in at 3.30pm and will be broadcast live on RTE Radio 1 and screened live by RTÉ TV and SKY TV.
In the event of the sides being level at the end of 70 minutes the senior final would be replayed on September 8 at Croke Park.