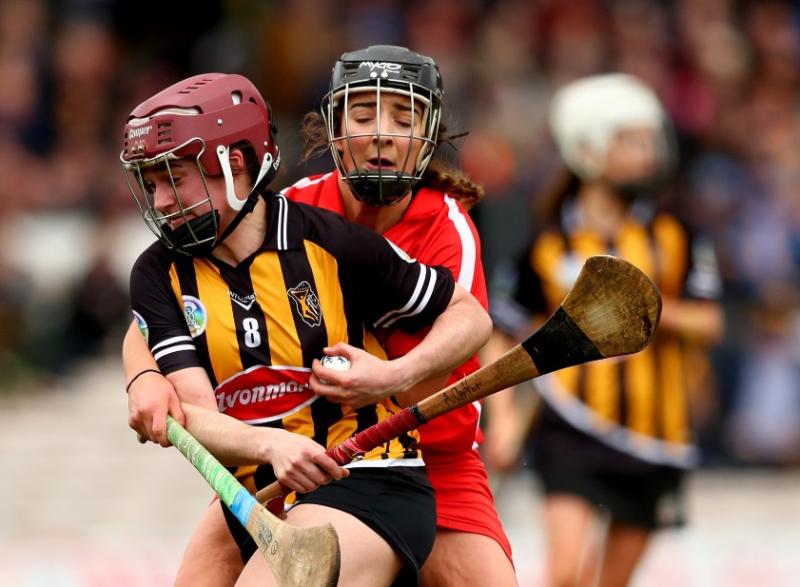 Briege Corkery will not be the only player who has recently become a mother striding into battle in the Liberty Insurance All-Ireland senior camogie championship semi-finals at Semple Stadium today.

While the Cork legend makes a dramatic comeback after an almost two-year absence from the big time and having grown accustomed to a new life with her four-month-old son, one of the greatest Kilkenny players of the modern era, Anne Dalton is still getting used to her parental role.

The last fortnight has certainly opened up a side to Dalton she wasn’t sure existed, but is definitely embracing.

She feared that she might not possess the maternal instinct, the blind, unconditional love for her child but the doubt washed away within a nanosecond of Karen delivering a 4.25kg (more than 9lbs 3ozs) bundle of joy.

The 30-year-old from Freshford had to return to the Bank of Ireland branch in Kilkenny on Thursday and Kelly was under orders to keep the supply of photos and videos rolling. She was also to bring Tadhg in so they could go for a walk after work when she needed to stick around for training.

None of this should be mistaken for a reduction in the famous focus and thoughtfulness when it comes to today’s clash with Galway, however. Anyone hoping for a dilution of the Dalton drive should not count on the prospect.

For a start, even though Tadhg is sleeping for five or six hours at a time, she has spent the last four nights in the spare room, to ensure that she has the rest needed for what she expects is a tumultuous challenge. As a former elite player herself, Karen knows that rest is a major part of preparing for the game.

Such understanding is crucial and that support will ensure that the change to Anne's domestic situation will not precipitate a premature retirement.

“Karen used play with Waterford, so she knows," Anne explained. "I’ve often said I don’t know if anyone who didn’t play camogie would be able to be with me. I appreciate everything she does and puts up with. She doesn’t get to do stuff because I’m not able to do stuff, but she understands.

“I ended up missing two training sessions before Tadhg was born. He was born on Friday and the Saturday session was coming around. She turned to me and said ‘You have to go training.’ She was still in hospital and I didn’t want to leave.

“She said ‘You’ve an All-Ireland semi-final coming up. You have to go training.’ So she was hunting me out. She understands. I’m so lucky.”

When she landed into Nowlan Park, her teammates presented her with a Kilkenny kit for Tadhg.

“The girls had the jersey got with the name at the back of it," Anne said with joy in her voice. "I said to them I thought they were going to put ‘Sweeper’ on the back of the jersey. But they didn’t, they put ‘Dalton’ which was something, ‘cos I get some serious abuse about that! It’s a bit of fun.”

Convinced that they were going to have a boy, Dalton had already bought the kit of her beloved Barcelona last May.

“I was getting my soccer player! That’s positive thinking for you.”

You wonder how much being a mother has changed her.

“Karen thinks he’s broken me. She told me I’ve turned into a softy! I wouldn’t have had any exposure to kids growing up in the sense that I was the youngest with my twin. There were cousins around but it had never really interested me.

"Then you have your own and things change. She thinks it’s broken me… we’ll see on Saturday!”

She laughs, mischievously. We both know there’s no chance.

Dalton has tended to be happy to portray herself in an austere fashion, but there was always more to the St Lachtain’s clubwoman. Yet while Tadhg has forced her to shelf the serious front more often now, not alone is she in no doubt that his presence will not prevent her from contributing to Kilkenny’s cause for a few more years, she intimates that it might just make her better.

“I would be very much along the lines of when we’re in championship I don’t turn off from camogie most of the summer. I just don’t. Whereas now, there is a turn-off period because there’s something else there that’s more important.

“That’s a good thing, because you mentally have to shut down from anything, form work, camogie, even from family at some time.

“I’m getting more shut-down time from camogie thanks to Tadhg, and when I go training, I’m finding myself enjoying it more the last week or two. That’s mad, because everyone was saying ‘You’re going to be so tired’ but I’m really enjoying it.”

That could be bad news for Galway though Dalton is very cognisant of the talent in their ranks. Indeed she sees a lot of similarities between them and Kilkenny. Dalton points out that she has been part of a squad that may have won the All-Ireland in 2016 but has lost four other finals.

Galway have struggled to perform at their best on the big occasion too and not built on their All-Ireland success of 2013. But one look at the squad demands respect and beating them by seven points in the group stages will mean nothing when the sliotar is thrown in this evening.

“Absolutely irrelevant. The Galway team we played in Nowlan Park is not the Galway team we’re going to meet today. We all know that. We’ve had serious battles with Galway over the years.