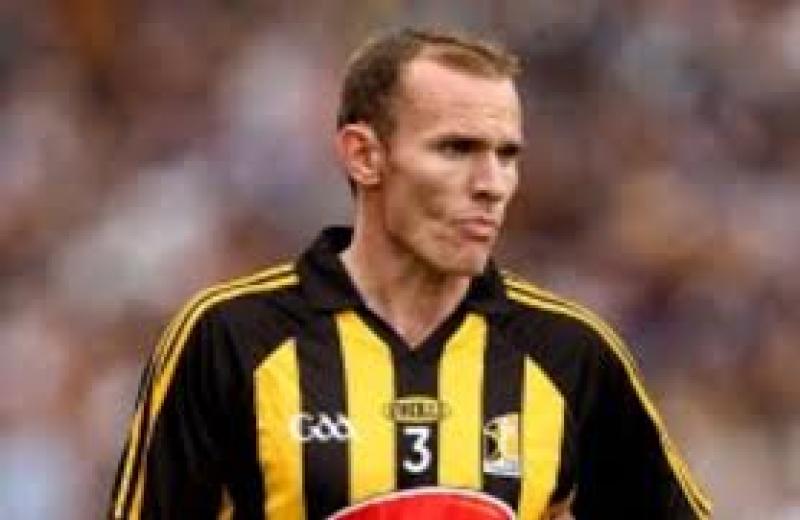 Nine times senior All-Ireland medal winner, Noel Hickey, is fighting an uphill battle to be fit to play for Dunnamaggin against Piltown in Sunday’s Kilkenny junior hurling championship final in Nowlan Park.
The 37-year-old pulled up with a bad hamstring tear during the semi-final win over Dicksboro and was forced to leave the field.
He has been receiving treatment from top physio, Robbie Lodge, since and there is hope, although admittedly slight, that the uncompromising full-back will be fit to play.
“It is touch and go,” admitted Dunnamaggin manager, Eamon Kennedy, an All-Ireland winning colleague of Hickey’s in 2000. “Noel has been a real leader. He was at every training session this year to show the way to others, so hopefully he will get the chance to play.”
Between them the clubs won the junior title four times, with Piltown leading the way with victories in 1981, 1996 and 2003. Last season Dunnamaggin were relegated from the intermediate division, and they are hoping to bounce back up.
In the semi-finals Dunnamaggin scored a handy enough win over Dicksboro while Piltown attacked with force from the start when proving too strong and lively for Slieverue, a team they couldn’t get the better of some years ago.
James Farrell and Dessie O’Dea are the joint managers with Piltown and they work hand-in-hand with selector, Eamon Kenny and Richie Crowe (physical trainer).
Winners together
Farrell and O’Dea won a junior championship together in 2003 when the latter was team captain, and now they are hoping to lead the club back into the intermediate division.
“We have been waiting for this chance for a long time,” James Farrell admitted. “We have been beaten early in the championship for years. Last year we did well to get to the semi-final, but O’Loughlin’s beat us.
“We went back training on February 3 with the intention of getting to the county final, and here we are,” he added.
The early return to training highlighted the intent in the camp. Piltown made the best use possible of all games, getting to the final in the All County League and winning the Martin Treacy Cup.
“The attitude is very good,” James Farrell assured. “The older players pushed it hard, and a few good younger lads have come through.”
The finalists met in the last round of the County League. Dunnamaggin were through to the knock-out stages and freewheeled a bit, while their opponents needed a win. Piltown got what they wanted, comfortably.
Piltown have a nice cut about them, and they move the ball well from the back to the attack in a bid to exploit the speed and power of the likes of Cian Kinsella, Martin Power and John Kenny.
“When beaten last year by O’Loughlin’s, we said we wanted to get back to Nowlan Park,” James continued. “We got there for the semi-final.
“We won that, and here we are again. We try to put a bit of structure to our play rather than belt the ball from one end of the field to the other. Richie is very good at planning that sort of thing.”
He admitted they had a plan against Slieverue. It worked, but, he added, that plan might not work the next day.
“Dunnamaggin came back from intermediate last year, and they would be more experienced than us,” James suggested. “Sunday will be a serious test of character for us.
“Look, it is a big day for the club and parish with the senior camogie team in the final on Sunday morning, so hopefully we will have a lot to celebrate.”
Eamon Kennedy said county final day was a big day for everyone, but it was especially so for Dunnamaggin after being relegated last year. The players have worked hard and they are delighted to be in the final.
Not smooth sailing
It wasn’t all smooth sailing for the club this season. During an early season challenge game Eoin Kearney suffered a cruciate ligament injury. His season was over. Then Victor Costello had to travel to New Zealand as part of his course in UCD. Now the Hickey situation.
In the championship they beat Kilmacow, after a bit of a struggle, then Conahy Shamrocks after being pushed all the way, and then Dicksboro in the semi-final.
“Beating Kilmacow was our first championship win in a while, so we were a bit nervous,” Eamon explained. “The mood is good. We have a good few young players coming through.
Strong up middle
“We won the minor ‘B’ championship last year and we ran Shamrocks to a point at under-21 ‘A’ level.
“We known Piltown won’t be easily beaten. They are very lively. They are strong up the middle and they are well conditioned. It will be a serious task to take them down.”
In terms of population Dunnamaggin wouldn’t be a big club, but they are huge when it comes to heart and spirit.
“We are a very proud club,” Eamon insisted. “We were very disappointed to be relegated last year.”
All the championships in Kilkenny have thrown up a mish-mash of results this season, so Eamon insisted nothing was assured or clear-cut for either club on Sunday.
“Piltown have been running up big scores,” he reminded. “They got 2-20 against Galmoy and 4-14 against Slieverue. They are big scores. That’s a warning to our defence.
“For us to win we will have to be out very, very best. We know that. Our goal is for everyone to give their all, leave everything on the field. If that is good enough, then that is good enough.”