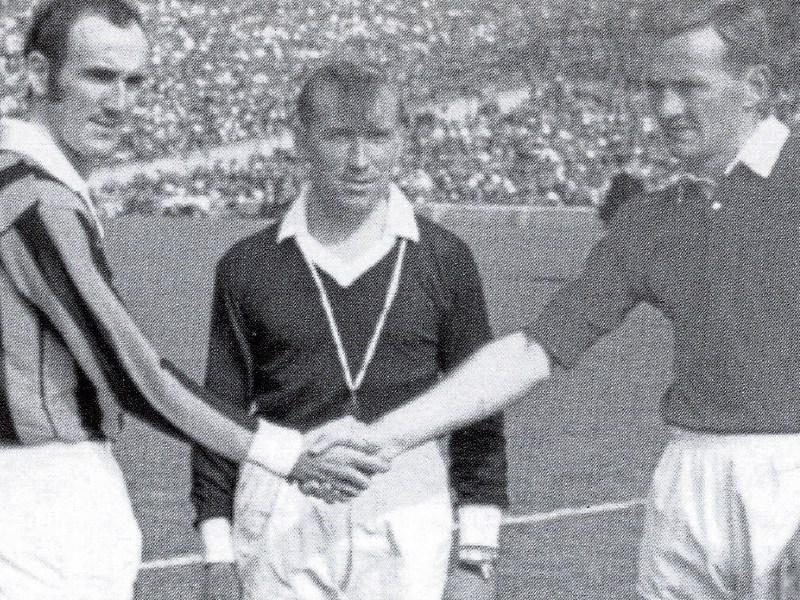 On Sunday afternoon, members of the club’s 1969 Kilkenny senior hurling championship winning team will be honoured by the Kilkenny County Board at the interval between the intermediate and senior county finals.

The historic victory, over the emerging hurling force, The Johnstown Fenians, bridged a 32 year gap since the club’s previous title in 1937. Later in the evening, the team, and family members of deceased players will be guests of the County Board at a function in the Springhill Hotel. Unfortunately, a vital cog in that memorable victory, centre back, Niall Morrissey, substitute and later Kilkenny and All-Ireland club winner, Dinny McCormack, both living abroad are unable to travel for the reunion.

As a prelude to the event, the club, itself, will host a get together of the panel on Saturday night in the clubrooms, at which a framed picture of the James Stephens and UCC jerseys will be unveiled in recognition of Mick Crotty’s unique achievement of winning the Kilkenny and Cork senior hurling titles in the one year - 1970.

The 1969 Kilkenny county final was held in April 1970. Our thanks to team mate, Michael Taylor and his wife, Ann who “unearthed” a jersey from that era. The deceased members of the panel include, Paddy Larkin, Michael “Sock” Dunne, Michael “Muggers” Larkin, Sean “Georgie” Leahy, Michael Leahy and Tom Hickey.