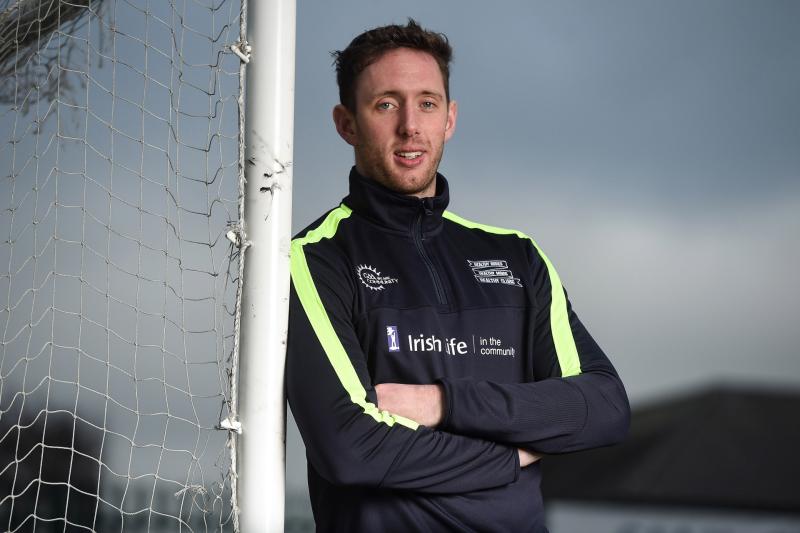 Michael Fennelly was a mighty captain for Ballyhale Shamrocks

On the basis that it’s a lot easier to be gracious in victory than defeat, credit to the person running the Bennettsbridge GAA club’s Twitter account.
Paul Cahill had barely sounded the final whistle at Nowlan Park on Sunday when he/she tweeted:
“That’s hurling! What a great year. Our lads can hold their heads high. Roll on 2019. And well done to @BallyhaleGAA.”
Neatly summed up. The better team won but the losers finished with honour intact and with 2-17, a tally that would have won many a county final of the past, on the scoreboard. After that disastrous opening ten minutes it would have been easy for the roof to collapse on them. They made sure it didn’t.
Bennettsbridge are entitled to take a measure of consolation from that. They’re also entitled to rue the fact that the other crowd had T.J. Reid.
Reid had a fine season in the black and amber, producing a series of mature, load-bearing performances. The same Reid showed up here. Ballyhale had 1-5 on the board before their opponents scored; Reid was responsible for 1-4 of it. Change centre-forwards and we’ll fight ye again.
It was over after seven minutes, when the favourites led by 1-5 to no score. It was over at half-time, when they led by 2-12 to 0-8. It was back in the melting pot when the underdogs cut the gap to three points midway through the second half.
It was remained that way – kind of – til the end, but there never existed the remotest sense that Bennettsbridge were going to pull off the improbable. And the winners had Mark Aylward to make a difference off the bench, and get them over the finishing line, in a way the losers didn’t have anyone.
Devastating Kick
Against any other team in the county the ’Bridge might have managed it nonetheless. Hung in there and produce a devastating kick in the final furlong, as Graigue-Ballycallan did on the undercard.
Not against these guys. Ballyhale won not merely because they were the better team but also because they had tradition – a modern, living, breathing tradition – on their side where their opponents had ancient history.
Tradition is not nebulous. Tradition asserts itself in discernible ways. Thus the Shamrocks knew what they were doing.
They knew when to keep things tight and stay calm. They knew when to open the engine and hurt the opposition. In the dying moments of the first half both of their wing-backs found the time and space to snipe a point: killer blows.
Some day Bennettsbridge may – may – know such things too, but these are secrets that cannot be learned in one afternoon. The art of good game management is acquired over the space of many years.
In time Bennettsbridge will learn to be less wasteful than they were in the closing quarter. Granted, they did land a number of fine points from distance from Enda Morrissey and Jason Cleere, yet they also drove a number of hit-and-hope efforts that drifted wide or fell short and were repelled in circumstances where every dart had to hit the target.
To put it another way, their build-up play wasn’t sufficiently measured. Again, no surprise and no big deal. This was uncharted territory for them.
(Uncharted, by the way. Not “unchartered”. Boats are chartered. Land is charted. Here endeth this week’s grammar lesson.)
If it was far from the best of county finals, it was far from the worst. Through their grit and resilience Bennettsbridge fashioned a contest out of what might have become a rout.
But fittingly, 40 years after they won their first senior title, this was Ballyhale’s day. Old – and some young – canines for the hard road. Ageless. Indestructible. Triumphant yet again.