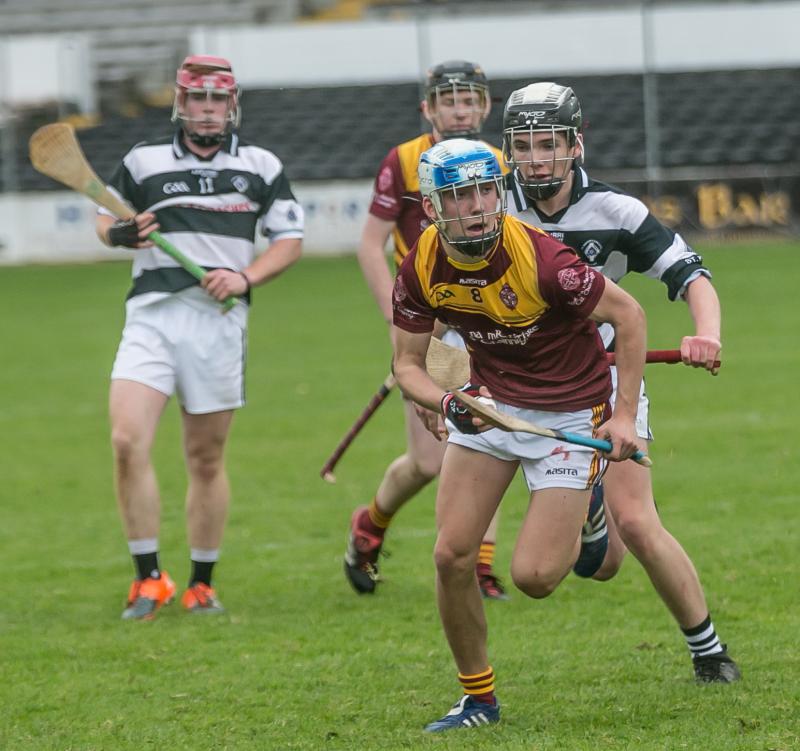 A 75th minute goal by sub, Padraig Lennon, well put away after a vicious drive by star man, Conor Fitzpatrick had been blocked out, put St Kieran’s College on their way to a thrilling victory in a high quality Top Oil Leinster post primary schools junior hurling final at Nowlan Park today.

Kilkenny CBS drove three wides after Lennon’s score and they had a point ruled out when a player apparently used a hand-pass to score before St Kieran’s finished with a flourish.

Late points from the lively Denis Walsh and Conor Fitzpatrick wrapped up a place in the All-Ireland semi-final for Kieran’s against the Munster champions, who will be known tomorrow.

The exchanges were close throughout and the hurling was quality all the way as both sides gave free expression to their liberal talents. The CBS opened with a goal from Kieran O’Neill, but when Kieran’s replied with one in the fifth minute from Vinny O’Grady the scene was set for a close battle.

The scores were level five times during the first half, the last time on the whistle for the rest  when Conor Fitzpatrick pointed a free, 1-9 (CBS) to 2-6.

The CBS took control after the turn, boosted by a second goal from Kieran O’Neill in the 33rd minute. With the addition of points from deadly free taker, Billy Drennan (2) they showed 2-11 to 2-7 in front after 35 minutes.

Kieran’s chased and chased, but they shot a succession of wides before driving centre-back, Peter McDonald finally got them level from a free on midfield in the 56th minute.

Both sides missed a chance to win it after that, but at the end of normal time it was 2-12 each.

The CBS drew first blood in extra-time, Billy Drennan landing a very good free from a testing angle on the left of midfield. Conor Fitzpatrick replied in kind before another good Drennan score gave the CBS the advantage at the rest, 2-14 to 2-13.

Drennan added to the gains for the CBS when shooting another point to open the action in the second 10 minute period of extra time.

But as ever, St Kieran’s dragged something big out of the hat when most needed. Things weren’t exactly going their way when Fitzpatrick got in a strong run at the opposing goal, and he fired off a shot at the target.

The effort was too hot to handle, and when the sliotar broke free to the left of the country end goal, young Lennon picked it up, read the situation well and provided a delicate finish as a desperate defender tried to close him down.