Mullins in the frame for Horse Racing awards 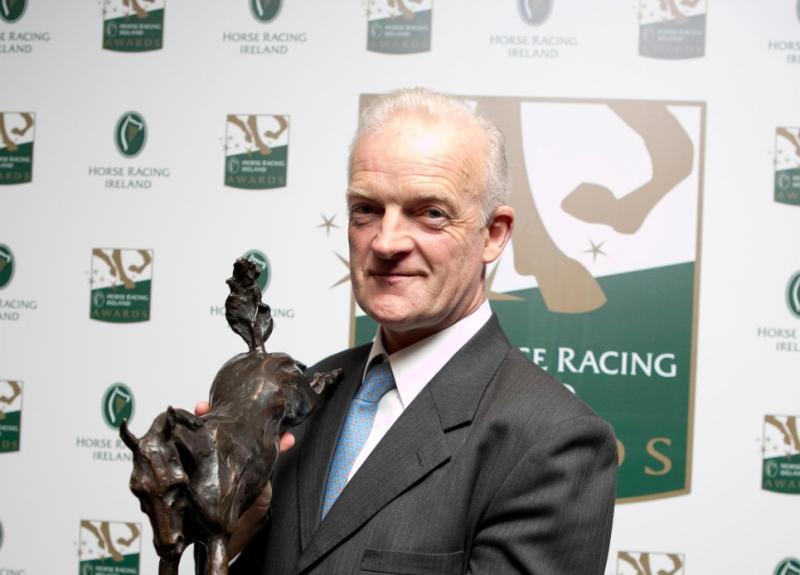 Kilkenny trainer, Willie Mullins, is among the nominees for the 2018 Horse Racing Ireland Awards which were announced today.

Twenty-six Irish trainers, jockeys and horses are in contention for the prestigious awards.

The four nominations for Horse of the Year are Alpha Centauri, Tiger Roll, Un De Sceaux and Footpad.

The Point-to-Point category is made up of Liz Lalor, Barry O’Neill, Colin Bowe and Donnchadh Doyle. As short listed by the members of the Racegoers Consultative Forum, the nominations for Racecourse Of The Year are Down Royal, Punchestown, Listowel and Galway Racecourse.

A new award for 2018 is Ride Of The Year and the winner will be chosen by a public vote. Nominees will be announced in the coming days.

RTE sports broadcaster Hugh Cahill will be master of ceremonies for the awards in Dublin on Tuesday, December 4.

Brian Kavanagh, Chief Executive of HRI, said: “The Horse Racing Ireland Awards give us the opportunity to relive those tremendous achievements in the Irish racing industry, both at home and on the world stage. I would like to congratulate all the nominees and look forward to celebrating their achievements early next month.”