Another gift for punters at St James Park 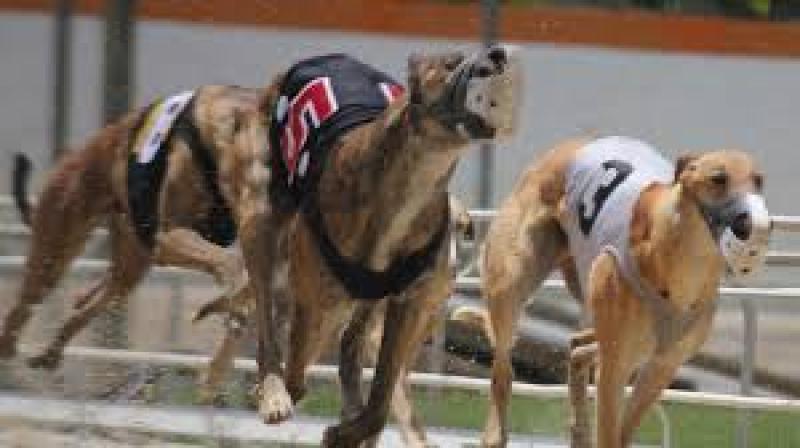 On Friday night a large crowd attended the Carlow Kilkenny Homecare Team benefit at St James Park.
The card was made up of eight sweepstake finals and two open races. The main final was in the Pauline Lennon memorial a3 stake.
Likely Gift had lots of supporters and was sent off the 4/6 favourite. From trap rise the race was a two dog contest between Dutch Dream and Likely Gift.
The pair went to the bend together. It was at the bends that Likely Gift was able to get the edge and this helped her lead out of the second.
There was a length in it at the third. Likely Gift hugged the rails on the run home, and eased away. Margaret Lennon’s daughter of Droopys Cain and Luminous Flower took the €1,700 first prize by two and a half lengths in 29.35.
There was an auction on the night for a 12-week-old dog pup donated by the Lennon family. The son of Ballymac Vic and Lemon Lucy was sold for €5,500.
The night began with the Carrigan O’Dwyer a7 final and victory for Daryanoor Orlov. Acres Hill and Feed Me Kebabs were to the fore early on.
The former asserted and went on to lead Daryanoor Orlov down the far side. The gap was closed into the third before Orlov passed between the closing two bends. Daryanoor Orlov raced clear to win in 30.14 as Feed Me Kebabs got up to be second.
In the Keystone Supplies n1 525 final the favourite Goldsmith John was in front at the first bend.
In a driving finish Glory Sara Jane stormed to victory. Glory Sarah Jane defeated Goldsmith John in 29.51.
The Good News @ Stud a5 final went the way of another outsider as Good Story finished with a flourish to take victory.
Woolies Bridie led up from trap 3, getting the turn in front of Artistic Sue. The pace setter opened up a two length lead racing down the far side as the eventual winner languished back in fifth.
Good Story worked her way into contention on the rails. She was still on the paintwork as she powered up the home straight to deny Woolies Bridie by a short head in 29.73.
Badminton dominates
The Eardly Agricultural a4 novice 725 final was dominated by Badminton Ellie. The winner began smartly from trap one and led into the first bend.
Badminton Ellie raced clear of Rossestown Beaut as she began to take control. Two lengths clear at the third, Badminton Ellie doubled her advantage into the fourth.
There was no stopping the Donal Murphy trained Badminton Ellie and she streaked clear into the fifth. Kiltrea Ellie came through to finish second, but Badminton Ellie was home by five and a half lengths in 41.76.
Race five was the Coffey Construction a4 bitch 525 final. Droopys Cutey was sent off the odds on favourite for the a4 bitch final, but she lost her chance as soon as the traps went up.
The early pacer stumbled and this saw Bogger Ophelia lead up from trap three. There was trouble at the first bend and Bogger Ophelia pulled four lengths clear.
Bogger Ophelia was not for catching on the run home. It was a great race for owner/trainer, Liam Peacock as Bogger Realta chased Bogger Ophelia complete a memorable one-two.
Bogger Ophelia took the win by three and a half lengths in 29.49.
The Clogrennane Liam Open 725 turned out to be a muddling contest. Wanagui started best.
Glory Kitty took it up out of the second and went on to lead at the third. The pair were back level into the fourth and they were joined at the fifth by Bull Run Petal.
None of the leaders went clear between the two last two bends. As the line approached Glory Kitten asserted to get up and beat Wanagui by three quarters of a length in 41.74.
Race eight was the Seamus Graham and Ned Daly memorial a1 525 final. Monadreen Sky and Fill the Till started best
Brilliant finish
Monadreen Sky went on and led at the start of the back stretch. Ballybough Murt moved into contention into the third, but Monadreen Sky was still in front, with Clearly also in close attendance.
In a brilliant finish, the Murt Leahy trained Ballybough Murt battled his way to a half a length win over Monadreen Sky in 29.46.
Race nine was the Holland Condon solicitors Open 525. Doggy Macdogface went off the hot favourite, but it was Boozed Blue who flew the lids.
After leading into the first bend, Boozed Blue ran tight around the turns to move a length and a half clear of Deadly Dennis.
Deadly Dennis tried valiantly to close the gap, but Boozed Blue was not going to be caught.
Boozed Blue, trained by Paraic Campion, crossed the line a length and a half in front of Deadly Dennis in a time of 29.26, the fastest of the night.
Race 10 was the Pat Carroll Wine Lodge bar and lounge a2 final.
It was the last final of a memorable night’s racing and it was won by Wilderness Rocco.
After a level break Wilderness Rocco asserted into the bend. After getting the turn, Wilderness Rocco streaked into a five length lead.
From there Wilderness Rocco was never in danger and ran out a comfortable four and a half length winner in 29.54.
Rathduff Sarah took second place.