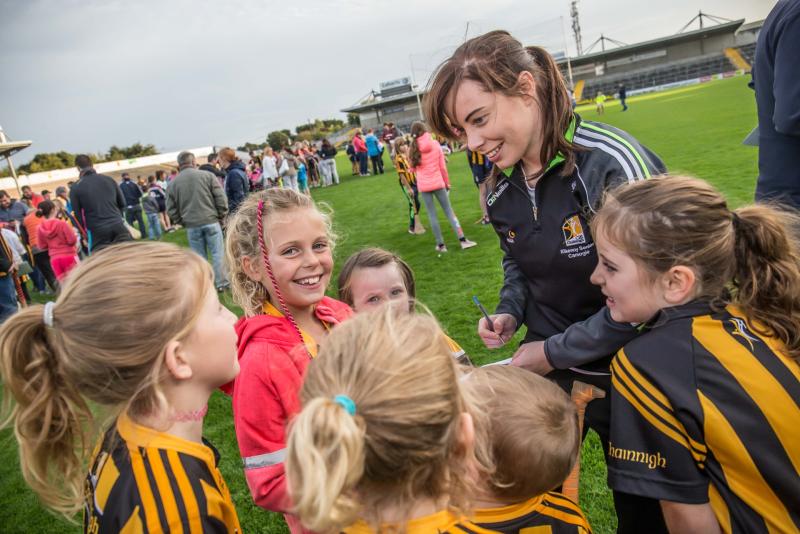 After 17 years Jacqui Frisby has stepped away from the Kilkenny senior inter-county scene PICTURE: PAT MOORE

After 17 years in the black and amber, Jacqui Frisby has blown the final whistle on her career with the Kilkenny senior camogie team.

The Ballyhale Shamrocks player, who cited winning the 2016 All-Ireland with the Cats as her most memorable achievement, made the decision to step away as Kilkenny ramp up preparations for the 2019 campaign and the defence of their League title.

“I have played with the senior panel since 2001 and have enjoyed the journey immensely,” she said in a statement. “We have had some great days along the journey, but we have also had some bad days - but the friendships that have been made will last for a lifetime.

“I want to thank Ann Downey and all the management team for the work that they have done with the senior team over the past few years,” continued Frisby. “Ann has brought a professionalism to the setup and made the team a force to be reckoned with.

“I want to especially thank my club, Ballyhale Shamrocks. Without the club, where I started all those years ago, I wouldn’t have had the opportunity to play and achieve what I have with Kilkenny camogie. I want to thank all the trainers and coaches who have guided me through my playing career. Each has brought their own individuality with them and moulded me to the player that I became. I want to thank the County Board for all that they have done for me during my time playing, and also how they look after the girls. They don’t get enough credit for it and I know I appreciated it so much.”

Frisby also praised more people who helped her with her career.

“Playing with the county has many sacrifices and without the help of family and friends it would be impossible,” she said. “I especially want to thank my fiancé Ivan for his love and support - it has helped me so much over the years.”

While Frisby may have stopped playing with the team, her support of her former team-mates will go on.

“I will now bow out and leave the next generation at it, but I will be shouting for the girls and supporting them because I feel there is more to come from this team.”

Frisby was praised for her selfless attitude and the dedication she gave to the team.

“Jacqui was the essential team player,” said Sheila Norris, chairwoman Kilkenny Camogie Co Board. “She was inspirational on the field of play and off it. She was inspirational in our dressing room and would play in any position that she was asked to play without a crib or murmur. Jacqui always did what was best for the team or what the management would ask.”