Days like the one against Limerick are not easy to take 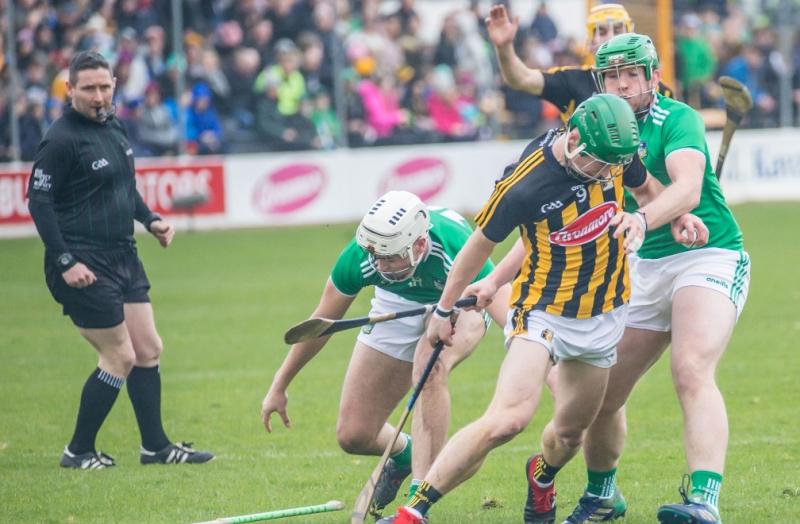 Martin Keoghan in action for Kilkenny against Limerick

Nobody told the younger Kilkenny players there’d be days like this? They know better now.
Days when you meet a superior team. Days when that superior team are also bigger and more physical.
Days when the other crowd are superior, bigger, more physical and – just to apply the tin hat – bubbling over with the confidence of MacCarthy Cup holders.
Days like Nowlan Park on Sunday.
The better team won. Move along there now. Nothing more to see. Nothing more to say.
Well, one or two things, perhaps…
First things first, meaning credit must go where it’s due.
After the ending of a 45-year famine it would have been understandable were Limerick still living off the fat of the land.
They’re clearly doing nothing of the sort. John Kiely has not allowed his young charges to wallow in the spoils of success.
It was important that they began the National League with a win against Wexford in order to prove to the world – and to themselves – that normal business had resumed. They did.
It was important that they continued with a win against Tipperary, for reasons too obvious to need detailing. They did.
And it was important that they maintained these good habits against Kilkenny, not least so as to remind the men in stripes of the events of last July at Semple Stadium and emphasise that this has become the new norm. They did it in style.
This was a statement performance by Limerick, who were worth every point of their winning margin and a couple more points on top.
This is what champions do. This is what Kilkenny used to do, season after season.
Take the passage of play approaching half-time. A point behind with the wind to come, the home team were doing quite nicely, or at any rate appeared to be doing quite nicely.
Upon which Limerick did what the Kilkenny of old would have done - and the current Galway team would not have done - in similar circumstances. They went for the jugular.
White flags? Not interested. Green flags? Yes please. Brian Cody’s troops were always fighting a losing battle thereafter.
Talking of Galway, you’ll remember the way the mercilessness with which they suffocated Kilkenny in Salthill last summer and again in Thurles in the Leinster final replay?
In terms of physique Limerick are Galway’s doppelgangers.
That the hosts would obtain no purchase against them on Sunday will consequently have come as little surprise to anyone.
It was as though the midfielders and forwards in particular were hurling in an airless room. No space to themselves, no opportunity to breathe.
Suddenly the victory against Cork on the opening weekend of the competition was placed in a new and not overly comforting perspective.
Listing Kilkenny’s best performers doesn’t take long.
Richie Leahy did well in broken play. Padraig Walsh was, for want of a better word, alright. Walter Walsh did a couple of good things in the first half but was barely seen on the turnaround.
No big deal, given that it was his first outing of the season. He’ll need to be more forceful and more visible next time out, however, for the team’s sake.
The losers missed five frees, incidentally. It made no difference to the result but that’s not the, ahem, point.
In an era when phrases like marginal gains and controlling the controllables have entered the vernacular, such imprecision was disquieting.
What if the day comes this summer when neither TJ Reid nor Richie Hogan is on the field to take the frees? Who steps up to the plate then?
Cody has been around the block long enough to be able to strike the right note in defeat. He did precisely that on Sunday evening.
“I won’t go home thinking it’s a disaster,” he announced. Nor should he have.
If the great man took care not to lose the run of himself in the golden years when Kilkenny were handing out thrashings to all and sundry, he’s not going to lose the run of himself just because they were on the receiving end of a thrashing now.
There’ll be days like this and Cody knows it. He also knows there had better not be too many more of them. Particularly not in Thurles next Sunday.