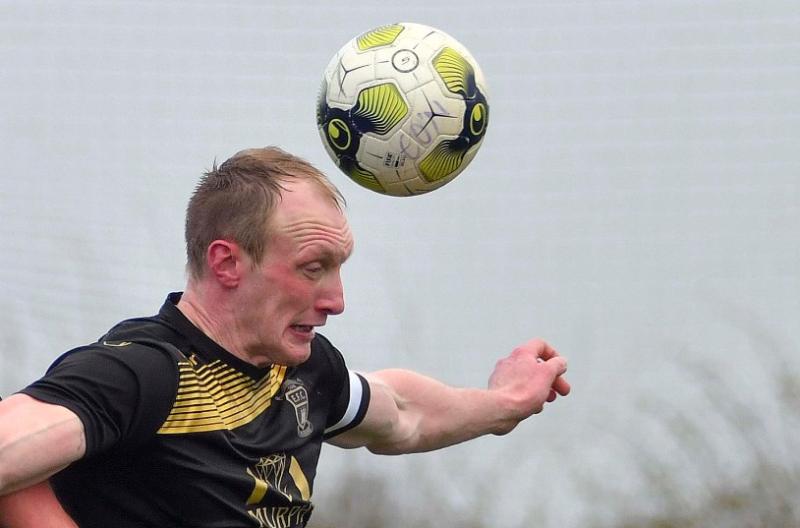 Evergreen’s FAI Junior Cup adventure is over for another season as St Michael’s made light of the stormy weather to bag a place in the semi-finals.

Shane Ryan’s 42nd minute goal was the difference between the sides as the 2017 finalists fell to the two-time champions at Evergreen Park.

In a game ruined by bad weather both sides had a battle on their hands to cope with the elements, but it was the Saints who dealt with the driving wind and rain as they took the game to their hosts.

Evergreen didn’t let them have it all their own way - Daragh Walshe brought a fine save from Adrian Walsh in the Michael’s goal but the home side were rocked when Shane Ryan struck three minutes before half-time. Ryan started and finished the move, trading passes with Jimmy Carr, before galloping into space in front of the box and clipping a low shot that spun inside Philly Johnston’s left post via a defensive deflection.

Evergreen’s comeback hopes weren’t helped by the weather, which took a turn for the worse in the second half. They pressed for a way back into the game - Niall Andrews and Lee Delaney had their best chances - but a resolute Michael’s defence held firm to seal their spot in the final four.

The remaining first round games will be played this weekend, with the second round draw to be made on Saturday.

Under-17 SSE Airtricity League of Ireland

Under-13 Kilkenny People League Division 1A