My life: a golden day at Cheltenham; Cat one for Cats but then Shamrocks in clover 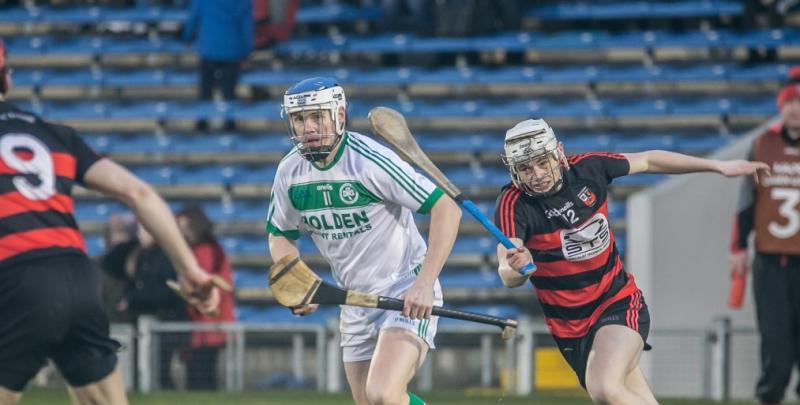 Busy week? Mine too, especially on the sporting front. Here’s how it went…
Monday: Out on the damp streets of Kilkenny, on a suitably quiet school night in March, with the Nice Lady from Seattle (the NLFS), a strikingly beautiful, Thomastown-ancestried female from, um, Seattle. We head to Butcher, that splendid steakhouse in the Butter Slip, where we fall into conversation with a table of guys on a golfing trip who ask where best to watch the racing from Cheltenham next day.
Kieran O’Connor, of Glanbia and WLR FM fame, has given me a tip for Tower Bridge on Tuesday so I pass it on. The estimable Dick Manogue, manager of Butcher, goes one better. He had Paul Townend in lately and Townend was sweet on the chances of Al Boum Photo, his mount in the Gold Cup on Friday. Even if jockeys are reputed to be the worst tipsters, this is interesting information.
By way of a postscript I end up at – this being Monday - the Irish night in Cleere’s. Ordinarily wild horses wouldn’t drag me there, but the NLFS is not an individual easily refused. And get this: much to my surprise, I actually enjoy the proceedings.
There is music from Mick Walsh and others. Gerry Moran recites a couple of home-made poems. Jimmy Rhatigan does his Patrick Kavanagh routine and does it very nicely; I had no idea he was such a good singer. And the mighty Michael Somers is, well, Michael Somers.
It has been a most pleasant evening. Hopefully it will have an equally pleasant postscript on Friday.
Tuesday: Oooh, turns out that Maureen Mullins, wonderful woman that she is, has been going to Cheltenham for 66 years. It is an amazing statistic yet, knowing Maureen, an unsurprising one. Fittingly her son Willie wins the opening race of the meeting with Klassical Dream. Oh, and Tower Bridge finishes second in his race. Those golfers won’t think me a total eejit.
Wednesday: More Cheltenham but no winners for me.
Thursday: More Cheltenham but no winners for me.
Friday: More Cheltenham and - phew - one winner for me. But what a winner. The biggest winner of all. Al Boum Photo, ridden by the aforementioned Paul Townend, each-way at 14/1. There was a postscript alright.
Thank you, Dick Manogue! God bless you and Paul Townend and Butcher and all who eat in her! I rush out to the travel agent’s and immediately book a flight to Seattle.
Saturday I: Contrary to suggestions here last week, I go to Nowlan Park after all. I was made an offer I couldn’t refuse.
Notwithstanding the experimental nature of the Kilkenny XV, this was underwhelming in the extreme. Had Cork, who drove 11 wides in the first half and squandered numerous other chances, won by seven or eight points nobody could have argued.
Equally worryingly from a local point of view, Cork won because they were able to change their gameplan midway through. Having adopted a conventional configuration when aided by the stiff breeze in the first half, they switched to a running game on the turnaround and pulled a man out of the full-forward line to give them cover out the field.
The hosts’ response? It didn’t exist. They merely plodded along, aimlessly and unthinkingly. Getting the ball. Hitting the ball. Hitting it for the sake of hitting it.
Undue hysteria on the basis of a meaningless relegation match is to be avoided. Yet Kilkenny cannot continue indefinitely in Saturday’s vein. Given Dublin’s recent uptick in form, emerging from the Leinster championship - even in third place - will be quite the task.
Saturday II: Home in time to see Ireland get demolished in Cardiff. To justify the hype lavished on them over the past two years they were always going to need to reach the World Cup semi-finals. It’s looking progressively less likely. Hype and Irish rugby will be the stuff of a future column here.
Sunday: It is not being wise after the event to hold that Ballyhale Shamrocks were going to beat St Thomas and to beat them with something to spare. I had a wager that said precisely that (Ballyhale 23/20 -3, if that isn’t complete gobbledygook) and after 20 minutes I was home and hosed.
But to win by 17 points? To hit 18 points in the second half? This wasn’t quite so readily foreseeable. And here’s something that wasn’t readily foreseeable either.
Back in 2006 Shamrocks began their second coming with a fabulously promising young bunch featuring Henry Shefflin as spear tip. That they were going to win Kilkenny titles, even All-Ireland titles, was a given. But that they’d parlay this oil strike so well as to still be winning All-Ireland titles 13 years later - and with Henry as manager! - was unimaginable.
The Ballyhale team of the 1970s and ’80s were great men. Their successors have proven to be even greater men.
Brian Cody was in the Ard Comhairle at Croke Park on Sunday, by the by. He was surely thinking about the Mullens.
A risk? Naturally. But on the evidence of Saturday’s Nowlan Park debacle, not biting the bullet might be the bigger risk.
And that was my week. Right. Seattle here I come. I may be gone some time. Boum!