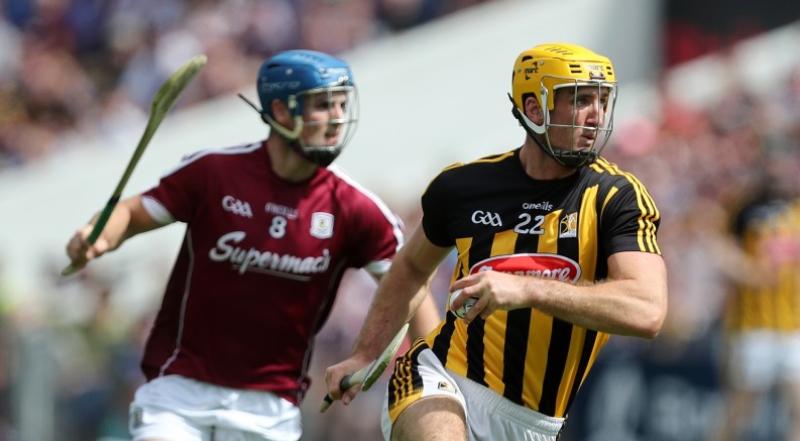 Colin Fennelly can be a key man for Kilkenny

You’ve lost your goalkeeper, the best man in his position in the land and a man worth at least three points a game – some days, as we’ve seen over the past couple of seasons, he’s worth six points – to his team.
You’ve not only lost the chap who might have been your full-back, you’ve lost the chap who might have been your second-choice in the position.
You lost your centre-back a long time ago. Heaven only knows when you’ll be getting him back.
You may or may not have Richie Hogan available but you categorically won’t have the Richie Hogan of 2014 available. And so on and so forth.
Congratulations, your name is Brian Cody and the task facing you is a simple one. Put together an XV to beat Dublin next Saturday. Piece of cake, huh?
Nobody can predict with any certainty the identity of the team that will take the field against Dublin. One suspects that Cody hasn’t been totally sure either.

In his third decade at the helm he’s facing a task that every manager faces at some stage in his career: flinging the pieces into the air and hoping to hell they land the right side up.
There are some championship matches where the losers play well and can consequently, if they so wish, take a degree of succour away with them. This will not be one of those matches.

How well or otherwise Kilkenny perform will be irrelevant provided they win. Succour in defeat will not exist.
At the beginning of the year one would have suggested that reaching an All-Ireland semi-final would constitute a satisfactory 2019 for the county. A step forward on the progress made last season and a step that would leave the black and amber nicely positioned for a really good crack at the MacCarthy Cup in 2020.
The injuries and the dismal National League campaign demand a recalibration of expectation. As of now Kilkenny’s best-case scenario entails reaching the All-Ireland quarter-final stage (very possibly by dint of finishing third in the provincial round robin, a la Limerick last year), having Murphy et al back by then and taking it from there.

Good old-fashioned straight knock-out stuff. Great. Anything can happen in that situation.
The worst-case scenario? Lose to Dublin and finish fourth in the group. A dismal prospect, to be sure, but one that cannot be discounted.
Granted, it’s not unlikely that Galway, Dublin and Wexford will take points off each other, in which case anything less than a victory next Saturday would not automatically spell doom for Kilkenny. But still…
Boost
On the plus side – yes, there is a plus side, just about – the resurgence of Colin Fennelly is a boost. He and Walter Walsh will provide leadership and strong, direct running.

What they will not provide is cold-eyed accuracy. That’s not a criticism; it’s just who and what they are. The burden of topping off the good work of Fennelly and Walsh will therefore fall to the men around them.
Who will those other four forwards be on Saturday? I’m not ashamed to declare that I have absolutely no idea. But they’d better be able to win their own ball and they’d better be able to put it over the bar when they do.
One of the problems in putting a new team together is that progress is rarely linear. Instead of taking another big step forward in 2019, their League form suggests Kilkenny may be about to take a step backwards in the championship.

Or maybe stay where they were, which comes to the same thing.
You are Brian Cody. You have achieved all manner of wonders with the stripey men. Now you’re trying to ensure they don’t lose to Dublin at Nowlan Park.
Of one thing we can be sure. Injuries or no injuries, there won’t be too much sympathy if you fail.