Kilkenny don't care what others think about them 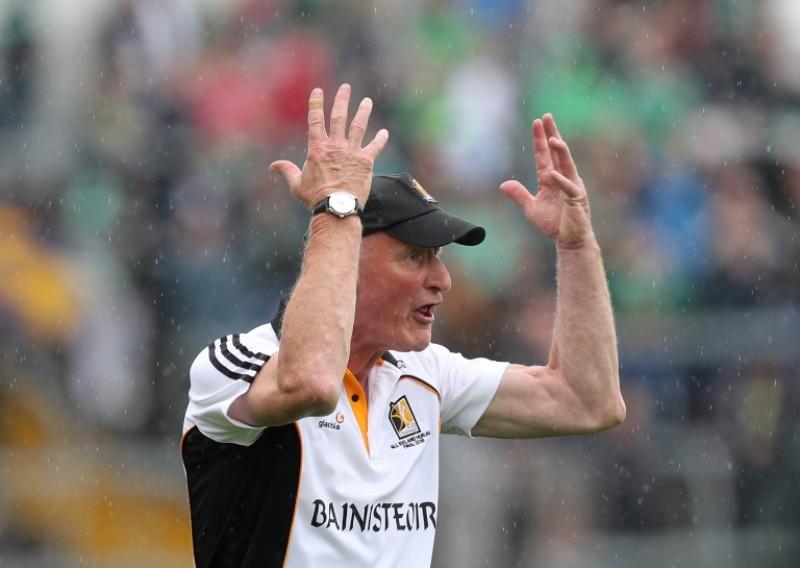 The general opinion is that Kilkenny have slipped down the rankings in terms of being contenders in the Leinster and All-Ireland senior hurling championships, but they don’t care.
Current perceptions of where counties might feature in the order of things don’t matter insisted Kilkenny manager, Brian Cody, when he threw an experienced eye over the hurling landscape as his charges get ready for the opening of the Leinster championship against Dublin in Nowlan Park on Saturday (7pm).
With the Noresiders troubled by injuries like never before, where, we wondered, were Kilkenny in the rankings?
“We are where we are,” replied Cody, a veteran of 20 championship campaigns as manager. “Who knows where we are? It doesn’t matter where we are right now.
“It is where we are going to be next week and the following week, and the following week again that matters. It is not a question of a rankings thing. Matches will come up. You play each game and the result will decide where you are on that day.”
Despite the litany of injuries that has left eight potential squad members out of bounds for Saturday’s game, Cody insisted the spirit and mood in the Kilkenny camp were as strong as ever.
“The players are fighting to stay in the panel in the first place, and now they are fighting to move up and make the team,” he insisted. “The reality is the competition is there for places when you have a full deck. It is still there.
“We are not picking from poverty. It won’t be easy for us to pick the team because more than one person is fighting for most positions. We are totally focussed on what is in front of us. There is only one match that matters now... the first one.”
But following a less than convincing National League campaign, which in another year would have ended in relegation for the Noresiders, Cody admitted: “We won’t be looking back. The League is over. But from a results point of view if our championship goes the same as the League we won’t go very far.”
That cold statement of reality was buried under an attitude of positivity and defiance, plus an assurance that Kilkenny wouldn’t burden themselves with self pity because of the glut of injuries.
“You deal with it and get on with life. I would always be sorry for any player who is injured, but I can’t change the situation,” the Kilkenny boss added. “There is no point in me talking about the panel if I don’t trust it when it comes to a situation like this. I trust the players implicitly.
“We have the ambition to do well,” he continued. “The championship is very, very challenging. Would I have great confidence in the players? Of course. I always have. But we have the realisation that we will have to play very, very well to get anywhere.”
He has always had great belief in the quality and ability of Kilkenny players, and the 15 he and selectors Michael Dempsey, Derek Lyng and James McGarry will send into battle on Saturday will do the county proud.
“Now we are not picking from as full a deck as we might, but we are still picking from a group of quality players,” he assured.
So, what about Dublin?
“They are a super team,” he said, a repeat of praise he had offered many a time in the past. “They are a serious team. They looked really good in the League quarter-final against Tipperary in Thurles. When we talk about Tipperary and hurling we know what we are talking about here ...the top.
“Dublin are as good as anyone. They are one of the six or seven teams saying to themselves that if we can get on a run it will take some team to stop us.”
Last year the Dubs gave Kilkenny a fright in the championship clash in Parnell Park. The Cats escaped to victory.
“That wasn’t a fright,” insisted the former star defender. “That was a touch of the reality of championship hurling.
“I have been saying for years about the potential in Dublin. We are way past talking about potential.
“Now we are talking about a quality team. Look at Cuala and what they achieved in the club championship a couple of times? You don’t do that kind of thing unless you have serious talent.”
Dublin, he insisted, won’t be put out playing in Nowlan Park.
“Dublin will be quiet happy in the Park,” he felt. “Limerick beat them by three points in the League semi-final there, and we know where Limerick are. Look, the battle is on, that is it. We are ready to give of our best.”