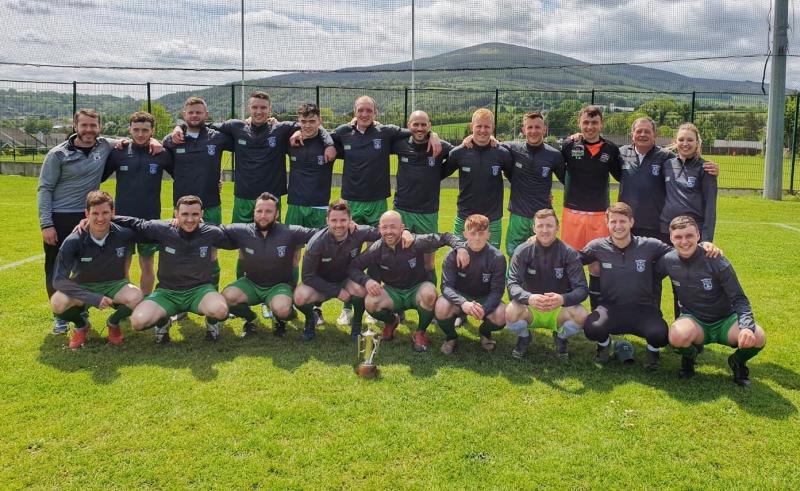 Evergreen A were all smiles after retaining their Premier Division title.

The city side wrapped up the silverware with a game to spare after beating Highview Athletic 5-0 on Sunday morning.

Gary Maher’s side made a dream start in Harristown, taking the lead with a Niall Andrews goal after little more than a minute.

A goal for Sean Barcoe either side of the half-time break strengthened their lead before late goals from Ben Hickey and Dean Cornally completed the task of winning their fourth league title in a row.

The Kells Road side will be hoping to end their season with a double and turn their attention to their McCalmont Cup semi-final with Freebooters A next weekend.

Elsewhere Evergreen B got a share of the spoils in a 1-1 draw away to Thomastown United A.

Needing a win to avoid relegation they suffered a blow when Shane Molloy put the home side ahead but Eddie Teehan got them back on level terms with a penalty.

With the game ending in a draw Evergreen B will have to play a relegation playoff against Deen Celtic A.