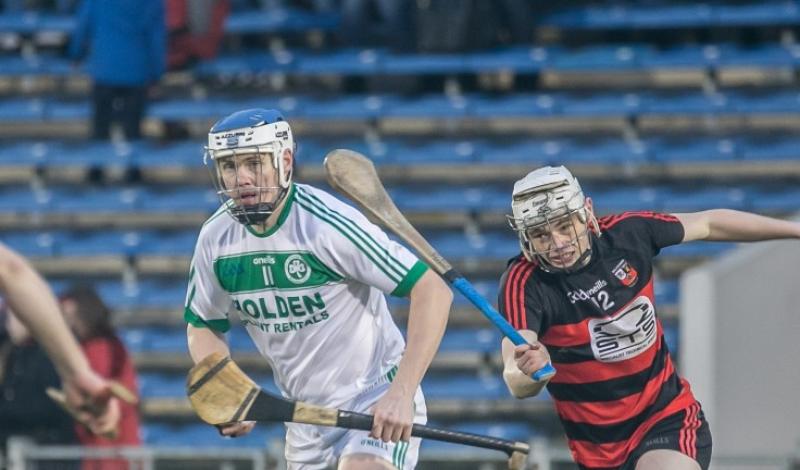 Next Saturday will be D for Decision Day in what has turned into a knife edge Leinster senior hurling championship.

Following the thrills and spills of Nowlan Park today when Galway edged out Kilkenny by a single point in a scorefest that produced 47 scores, all four counties in the Galway v Dublin (Parnell Park) and Kilkenny v Wexford (Innovate Wexford Park) ties could end up in the Leinster final or out of the championship altogether.

If ever there was a ‘Super Saturday’ of hurling in Leinster, it will be next weekend!

All-Ireland champions of 2017, Galway, hung on for dear life at the finish as Brian Cody’s men claimed the closing five scores at the ’Park, the last from Richie Leahy on 74 minutes, but there was still confusion about the time played today.

Before TJ Reid pointed a free awarded on 70.40 minutes but not converted until 72.40 because the referee moved the ball back and there was arguing, the call for three minutes of additional time was made over the PA system. Shortly after Richie Leahy pointed Kilkenny’s last score around 74 minutes, but the final call was made shortly afterwards.

Brian Cody declined to comment on the matter when it was put to him afterwards, suggesting the fact the question was even asked was an answer in itself.

This was an amazing game. Fourteen cards were flashed by the referee, 11 yellow while Paul Murphy and Ger Aylward saw red after being shown two yellow and Galway’s John Hanbury was shown a straight red. It was 13 against 14 at the finish.

Yet there wasn’t a nasty tone to the game, but it was pure championship, straight and simple - tough, hard, competitive and fast.

There was nothing in it early on. Six times in all the scores were level during the opening half. Galway led by 1-13 to 1-10 at the break.

Kilkenny fell eight points off the pace at one stage during the second half (2-19 to 1-14), but inspired by a brilliant goal from skipper, TJ Reid they mustered a battling finish that came up just short.