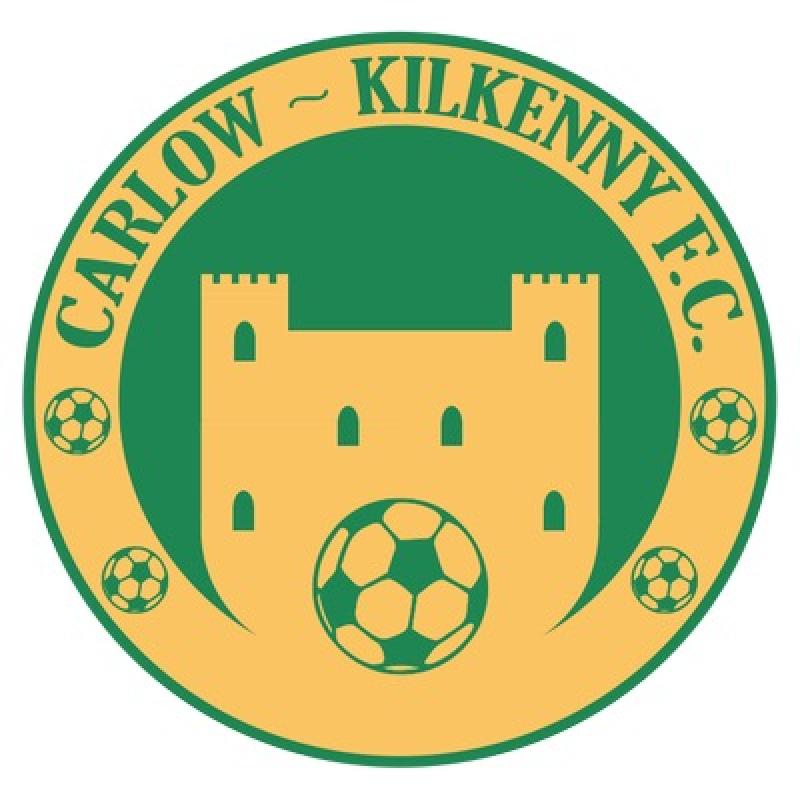 A brace from in-form Dean Owens booked Carlow Kilkenny FC a place in the Under-15 Divisional Shield final.

The local side were left to savour a shot at the silverware after scoring a 2-1 win over Drogheda United at a rainswept Derdimus Park on Saturday.

James Toner’s young charges got off to a dream start after 15 minutes when the dynamic duo of Brandon Kelly and Dean Owens combined to give Carlow Kilkenny the lead.

The home side doubled their lead on the half hour when the prolific Owens received the ball on the half way line. He turned and drove at the Drogheda United defence and, with the speed of a champion sprinter, powered on to sidefoot the ball home and double Carlow Kilkenny’s lead. It was his 12th goal in 11 games.

Carlow Kilkenny continued their good form early into the second half, creating a number of good chances, but failed to add to their lead. Drogheda United improved towards the end of the game and pulled a goal back.

That made the last 10 minutes a little bit nervy for the boys in green, but their composure told as they held on for the win. Now Carlow Kilkenny, a club only in its second year of existence, can look forward to a national final. Carlow Kilkenny will play south-east rivals Wexford FC in the final on Wednesday evening.

Wexford came from 2-0 down against UCD to draw 2-2 and win on penalties, with former Evergreen striker Mikey Raggett scoring the all-important winning penalty to set up the south-east derby.

Elsewhere Mark Ross’ under-17s put in a gutsy performance against league leader Shamrock Rovers in Tallaght Stadium and were unlucky not come away with a point. Shamrock Rovers took the leader through Cole Omorehiowman.

Andrew Mulvey Mescall drove the ball home through a crowded area to equalise for Carlow Kilkenny in the first half, but Rovers substitute Roland Banya hit a magnificent drive late in the second half to give the Hoops all three points.