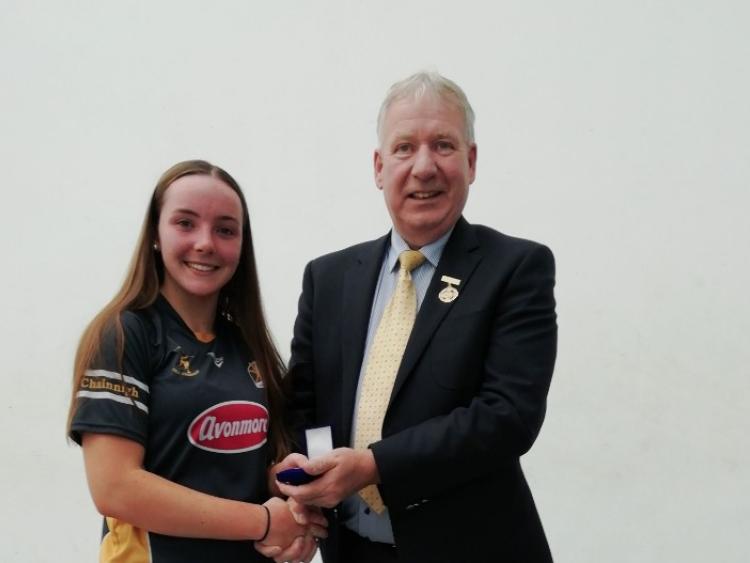 The cream of Irish juvenile handballers descended on Galway and Roscommon for the All-Ireland softball finals on Sunday.
The Moycullen and St Coman’s courts hosted the matches.
In a full programme of matches at both venues, Kilkenny players contested five finals and scored one victory.
Pride of place went to Amy Brennan, Clogh. She produced a fantastic display to win the girls under-16 singles title. Playing Galway’s Sadhbh Ni Fhlaithearta, the Kilkenny player used her experience to win in two sets.
A great start by the Connacht champion saw her build up a commanding 17-2 lead, and she looked on course to take the first game. However, Amy got her game together and eventually clawed her way back to level at 18 all. She took the game 21-19.
A good start in the second set by the Kilkenny player saw her build up leads 7-2 and 14-3 before she sealed a great victory by winning the game 21-4.
This was a great display of skill and determination by Amy, who got the reward for hard work and application to the sport.
Elsewhere there was disappointment for the Kilkenny players involved in the finals.
In the boys under-16 singles Billy Drennan (Galmoy) came up short against Mikey Kelly (Galway) in a high quality game.
The Kilkenny player never came to grips with his opponent in the first set, losing 21-1.
A much improved performance in the second game saw the players battle it out in a very exciting contest. With scores level on a number of occasions it was Kelly who scored the decisive points to score a 21-17 victory.
Defeat was the lot of the girls under-15 doubles, girls under-17 doubles and boys under-15 singles.
In the girls under-15 doubles the Clogh/Windgap pair, Lauren Power and Nathania Jackson, were defeated by Clare’s Eimear Murphy/Leah Minogue 15-8, 15-5.
In the girls under-17 doubles, Emily Kenny and Lauren Grace (Talbot’s Inch/Kells) lost to Cork’s Celine Kelleher and Muireann O’Brien 21-5, 21-1.
In boys under-15 singles Conor Holden (Kilfane) was beaten by Cormac Finn, Sligo 15-3, 15-1.
Also played this week were the colleges Leinster finals with schools from the county collecting a number of titles.
Representing Castlecomer CS, Amy Brennan was winner of the girls junior singles while Kyle Dunne and Billy O’Neill were victorious in the senior doubles grade.
The senior singles was won by Michael Clifford (Kilkenny CBS). Kyle Jordan (Grennan College) brought home the boys junior singles title with school mates Sean O’Keeffe and David Holden winners of the junior doubles crown.
All progress to the All-Ireland semi-finals which are scheduled for Saturday, October 19.