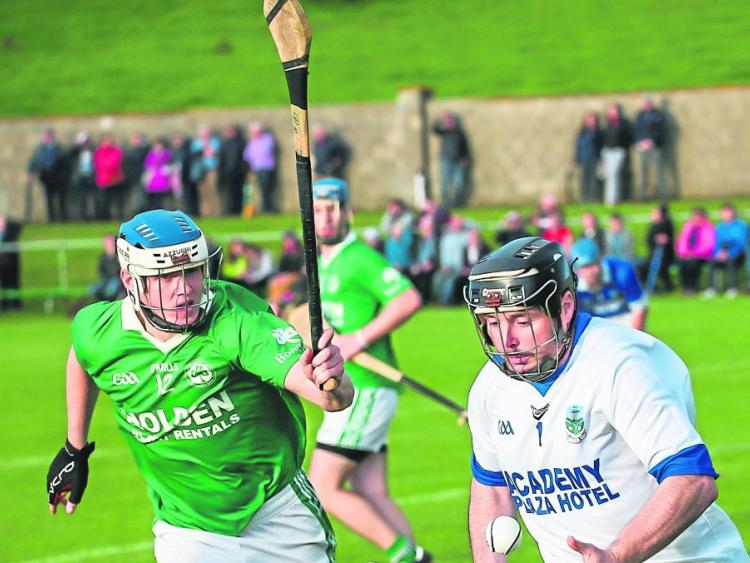 Following campaigns that have dragged on over six months, the final day in Kilkenny’s two main championships will be reached on Sunday.
Newly named UPMC Nowlan Park will host a spectacular double feature of senior and intermediate finals to round off the major hurling business of the season.
All-Ireland and Kilkenny champions, Ballyhale Shamrocks will lay their titles on the line against fierce rivals, James Stephens in the senior shoot-out.
Double chasing Thomastown will face unlucky Tullaroan, who were beaten in five finals in recent years, in the intermediate decider that will kick off proceedings at 1pm.
“We are in the final on merit, facing the All-Ireland champions and we are really looking forward to it,” insisted Village manager, Seamus Dwyer, knowing they have beaten Shamrocks already this season.
“It is the goal of every club to make the county final. We face formidable opponents who have a good record against us, but if we play to our potential we have a great chance,” countered Shamrocks boss, Henry Shefflin.
The defending champions lie second in the Roll of Honour behind Tullaroan (20) with 16 successes to their name.
The Village won the Tom Walsh Cup nine times, the last in 2011.
They actually beat Shamrocks following a replay in 2011, 1-20 to 0-15.
The clubs clashed in the final six times. Shamrocks lead the series 4-2.
One of the most intriguing aspects of the game could be the clash between former Kilkenny colleagues, TJ Reid and Eoin Larkin.
Reid will lead the Shamrocks attack from No. 11, in direct opposition to Larkin, who is enjoying a great first season at centre-back.
The Village have carried out a major revamp of their team.
Fast young players like skipper Conor Browne, Luke Scanlon, county minor of last season Cian Kenny, Luke Murphy and free taker, Eoin Guilfoyle are all key figures in their fast, hard running game.
The champions retain that instinctive touch where they can all but cripple a team in an instant, as they did to O’Loughlin Gaels in the semi-final at the weekend.
A cracker awaits!
Tickets
Ticket prices - advance purchase adults tickets €15 (on the day adults tickets €20); student/OAP tickets available on the day only €10.
The County Board encouraged supporters to advance purchase tickets online at tickets.ie or at participating Centra and Super Valu stores to avail of the discount.