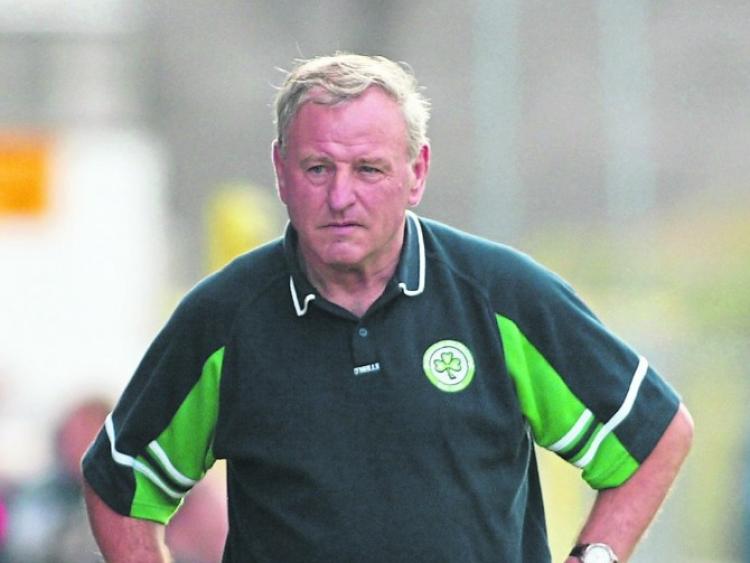 The possibilities that came with the well-walked hurling man who was joining them wasn’t lost on the Thomastown players.
On the night of the first meeting in Thomastown between players and the new manager, 38 players packed into the Community Hall. Four other sent apologies.
“I could sense the hunger,” recalled then new appointment, Maurice Aylward, whose track record included one intermediate and three senior championship successes with Ballyhale Shamrocks, and two more with St Patrick’s (Ballyragget) and Adamstown (Wexford).
There was the little matter of All-Ireland club victories with Shamrocks and St Pat’s as well, so the hurling CV was pretty packed.

On Sunday Thomastown play Tullaroan in the Kilkenny intermediate hurling final in UPMC Nowlan Park.
“I had given up when I finished with Mullinavat last year,” Maurice explained when we talked before Sunday’s intermediate final against Tullaroan.
Best out of lads
Thomastown’s lead negotiator, John Lanigan, wouldn’t take no for an answer, however.
“We need an auld lad like you to get the best out of these lads,” Lanigan cajoled.
When Aylward surveyed what was before him in the hall on the first night he was impressed; fine cuts of men in reasonably good shape.
“I thought if these lads can hurl at all we might be able to do a job on them,” he thought to himself. “They can hurl, but that attendance was a signal of intent.”
He didn’t have much to say to the group that night. He spelled out a few facts about what he would expect, on and off the field; responsibility and things like that.
“If they took their responsibilities right on and off the field, myself and the selectors would do our job,” he insisted. “A lot of our work has been about instilling belief.
“We treated every match, no matter what it was, as an opportunity to try and get better. That is exactly what has happened.”
Big double
Now Thomastown are on the verge of a big League and Championship double.
“We only have a chance, but even that is something for a group that didn’t figure last year,” Maurice reminded.
“Two years ago they had a very good run but threw it away against Graigue-Ballycallan in the latter stages of the championship.
“Lads knew with us they couldn’t abuse themselves and expect to be picked. Early on we took a stand to back up words and dropped a few lads who hadn’t been dropped before. They are all training hard now.”
It was message received!
“The players have responded to everything we have asked,” Maurice continued.
“Playing Tullaroan will be tough, very tough. We were lucky to beat them in the League final after over six minutes of extra-time.
“It will be tougher now. Tullaroan will be gunning to get back at us. They are going to be up for it.
“They have more experience at this level than we have. They are well used to playing in Nowlan Park in recent years.
“They have great experience, the Walshs’, Martin Keoghan, Ken Coogan and so on. These lads have experience.
“We were new to them in the League final. We are not new to them now.
Plan
“Tullaroan will know exactly where they stand with us, and they will have worked out a plan.
“We were lucky, we know that. We got six or seven minutes of over time to win that match.
“We have no fear,” he assured.
“I would be confident that if we play to our potential and have the right attitude we won’t be too far off what it will take to win the title.”