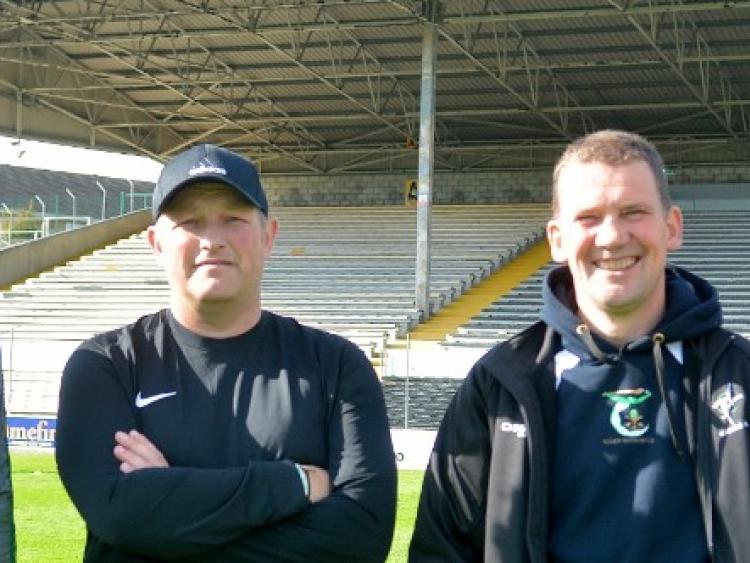 Famous Tullaroan may have taken a bit of a battering in finals in recent years, but they are not looking back as they gear up for an intermediate hurling championship shoot-out with Thomastown on Sunday.
The club and players are in upbeat mood as they prepare for a repeat of the league final, which they lost to the southerners. Sunday is another day, however, they argue.
“We have to deal with that issue and not make too much of a deal of it,” insisted manager, Jimmy Coogan, when asked about the fact that Tullaroan lost five of six finals contested in recent years. “Every game is a new challenge, it is different to the last one.
“We have won an awful lot more match than we have lost in recent years. I can’t remember when the club won as many matches as we have in recent times.
“That is a huge positive for us,” he added.
The players were in a good place, the manager insisted. They responded well after the League final loss.
“Obviously we were very disappointed with the way the League final against Thomastown worked out,” he said.
“To be beaten with the last puck of the game was hard to take. We have responded well since.
“We played well against the Fenians (Johnstown) in the quarter-final and we did well enough to get home against Young Irelands (Gowran), who are a good team, in the semi-final.
“We are happy to be in the final. You can only win it if you are in it, and we are there with a chance.”
Mr Coogan insisted the mood was good and everyone was looking forward to the final.
“There is a good buzz in the parish,” he said.
“Getting to finals proves that there is something there. For years Tullaroan were struggling at senior level and they were being knocked out of the championship early and then there was relegation.
“That was much more difficult altogether, if you ask me. Obviously we want to get over the line in finals. We need to get over the line.
“The players have shown great character and consistency. They keep coming back year after year.
“They keep coming back stronger. They live for hurling and they can do nothing but drive on.
“If that wasn’t their attitude they would have faded after a couple of losses. The thing about the finals, it is not as if we haven’t been performing. We have.
“We have been unlucky. We have been beaten by a point on a few occasions. While it has been painful, it is only a small thing we need to change to get things right.
“Obviously we are well aware that we need to get over the line. We are hoping the lads will use all that pain on Sunday as a motivation to drive on.
“To be beaten with the last puck of the game in the League final was hard to take. We picked ourselves up well since.
He insisted that opponents Thomastown were good, but the final was a match to be won.
“Thomastown are a big, strong, physical and mobile team,” Jimmy continued.
“They are unbeaten all season. We know we are up against it, but at the same time we know we have good hurlers ourselves.
“We have to perform at our best to be in with a chance. Whatever has happened in the past, Nowlan Park holds no fears for us.
“We would prefer to be at this end of the championship, rather to be fighting relegation or anything like that.
“We are not looking back. What happened over the last few years, even in the last match, is irrelevant. All that matters to us now are Thomastown and Sunday’s game,” he insisted.