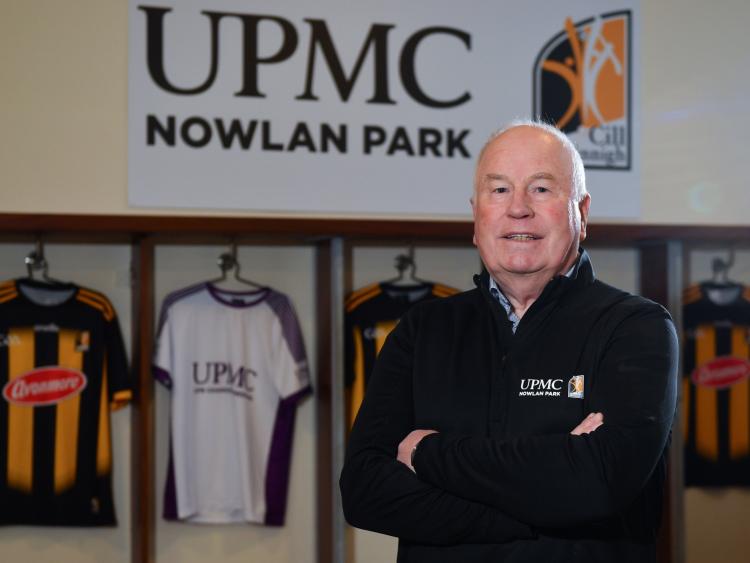 Gaelic games are big business now and the GAA has to be very careful it doesn’t lose sight of, or become disconnected from clubs who are nurturing the future of the organisation.
Former great, Noel Skehan, the winner of nine senior hurling All-Irelands and seven All-Star awards during an illustrious career, voiced concern over the way clubs were being treated in the modern GAA.
Speaking at the official launch of the UPMC naming rights of Nowlan Park, the Bennettsbridge netminder said he didn’t want to come across as a knocker, but he had concerns about the way the GAA was treating club.
“I would be afraid people would lose sight of the club,” he said as he highlighted how club competitions were being squeezed during the summer months and now the All-Ireland club championships were being run off in January.
“I don’t mean to be knocking, but I would be concerned that we could lose sight of what is really important. If the GAA don’t look after clubs they will end up in bother. Hopefully they will.”
Skehan, who managed an All-Ireland winning junior team and was a senior selector during three All-Ireland winning years, wondered do decision makers ever think about clubs.
“We have a lot of committees in Croke Park now,” he went on. “Croke Park is a business. We have fixtures committees, and honest to god, I often wonder is there anyone from clubs on the fixtures committee.
“I think there should be a sign ‘Think Clubs’ when they go into these meeting rooms so they start thinking about clubs. As far as I can see they are doing clubs an injustice by pushing their games into times of bad weather and so on.”
He highlighted the All-Ireland clubs semi-finals on the weekend of January 4 and 5.
He wondered do the decision makers stop to think. If the GAA hasn’t clubs, if the people coaching the young lads in clubs, if the lads cutting the grass, club chairmen, secretaries, treasurers and so on are to be lost, would there be a need for Croke Park or many of the high end bodies?
In trouble
“If you don’t have people working the ground, you will be in trouble,” insisted the man who is still a hands on operative with the Development Squads. “If you haven’t got club players you can’t have inter-county players, it is as simple as that.”
He realised the organisation had changed a lot - he was an inter-county player at senior level from 1968 to 1985 - but too much of the thinking now appeared to be about inter-county affairs.
“The amount of voluntary work being done is Kilkenny and other counties is unbelievable,” he insisted.
“There are people all over the place looking after under-10, 12 and 14 players and so on. We should never lose sight of that.
“I am half afraid we as an organisation might be losing sight of these things,” he felt.
Meanwhile, Kilkenny manager, Brian Cody, confirmed that none of the players involved with the squad last year would be stepping down.
This including Richie Hogan, who along with TJ Reid has been part of the panel since 2007.
The James Stephens clubman insisted there are good quality players around who will help make Kilkenny very competitive again in 2020.
“We probably don’t have as many experienced players as we might have had a number of years ago,” he observed when speaking in UPMC Nowlan Park. “But I think there is potential there to have a good panel, a very, very good panel with genuine and honest commitment which I guarantee we will have.
“We will do everything possible to be as competitive as possible.”
The Cats, according to many, punched above their weight last year when winning through to the All-Ireland final, but Cody said he would never be surprised by something like that.
“The potential is there to do these things,” he insisted. “The commitment will be there next year to work hard to be as competitive as is humanly possible.”
It was all bets off going into the new season, he insisted, and every player would have to earn the right to wear a Kilkenny jersey.
Kilkenny have what he described as “a sort of training panel” now, but this would be refined later.