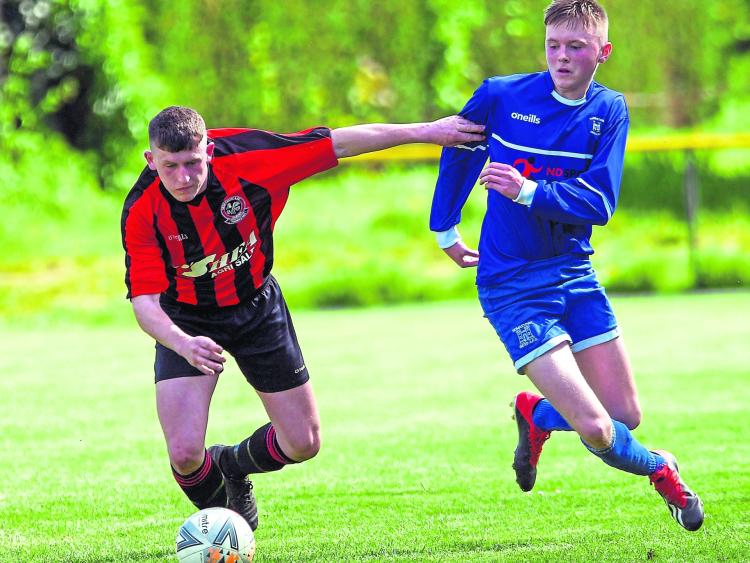 It may have been a cold day, but the performance delivered by Kilkenny’s Oscar Traynor team was enough to leave Johnny Maclean with a satisfied glow.

“That’s enough to see us finish top of the group,” said Maclean in the aftermath of Sunday’s 6-0 win over Kildare, a result which gives the Cats home advantage when the knockout stages come calling.

“No-one is going to want to come to Kilkenny after that, so we’ll take whoever comes.”

Kilkenny had to dig deep to take control of the game but, once they did, they never looked back.

“The first half was a real battle, it really was,” he said. “We took our goals well before the break. We knew Kildare would throw the kitchen sink at us after the break so, at half-time, we said we’d play counter-attacking football.”

However, not even Maclean and his fellow manager Conor O’Neill could have imagined they’d have the performance they got from their side in that second half.

“We never thought we’d be 3-0 inside the first minute of the second half, but still the game had to be looked after,” he said. “They sat in, did exactly what we asked of them. They played the counter-attacking style we wanted and hit Kildare on the break.

“They are great target men to go to up front, while we also have excellent runners from midfield in Decky (McQuillan) and Andy (Walsh).

It was a very, very good performance.”

“Kildare are a good side, a strong and physical team, but we have lads up front who really can finish,” he said.

“When they get the chance to score they really are clinical.”

Grincell’s finishing paved the way to success for Kilkenny. He shrugged off an early miss in style, helping himself to a treble.

“That’s what he does and that’s the quality he has,” Maclean said of Kilkenny’s hat-trick hero.

“That’s been constant throughout his career. Sean Barcoe is another player who is the same. These guys might miss a few chances but they’ll keep going for their team.”

It wasn’t just the experienced players who came in for praise as some of the squad’s youngest members shone.

“Being able to bring in the young players helped us harness the exuberance of youth,” he said.

“They are lightning quick and, with a bit of luck, could have scored one or two more goals for us.

“When you look at who we were missing today - Jamie Owens, Peter Higgins, Owen Wall and Robert Skehan were unavailable - it was great to be able to bring the younger lads like Jack Barcoe and Sam Watkins in and give them the experience of the competition,” Maclean added.

“It will stand them in good stead going forward.”

It’s not just the starting 11 who will benefit - the team, as a whole, will be boosted by the strength in depth of the panel.
“The strength of the squad we picked means we can deal with losing players without suffering,” he said.

“We also had the likes of Mark Slater coming back from injury, so it’s great for the balance of the squad going forward.”