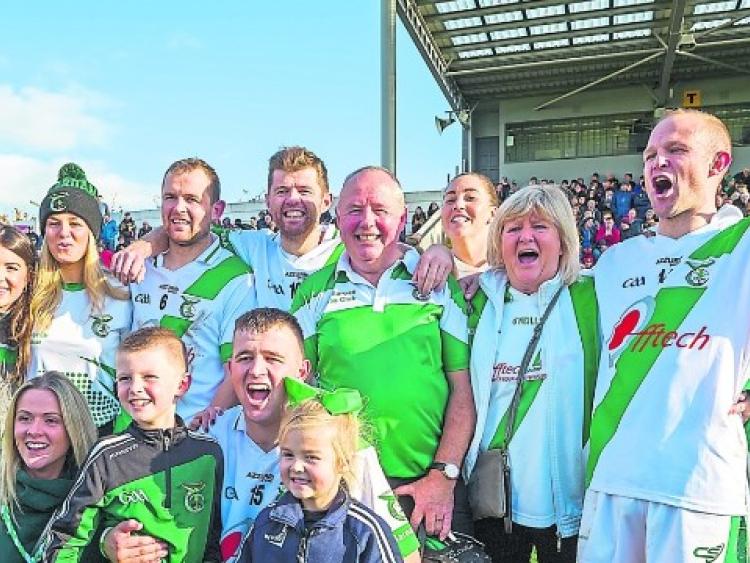 Happy, happy day for the Walsh clan with proud dad and mam in the middle of it all