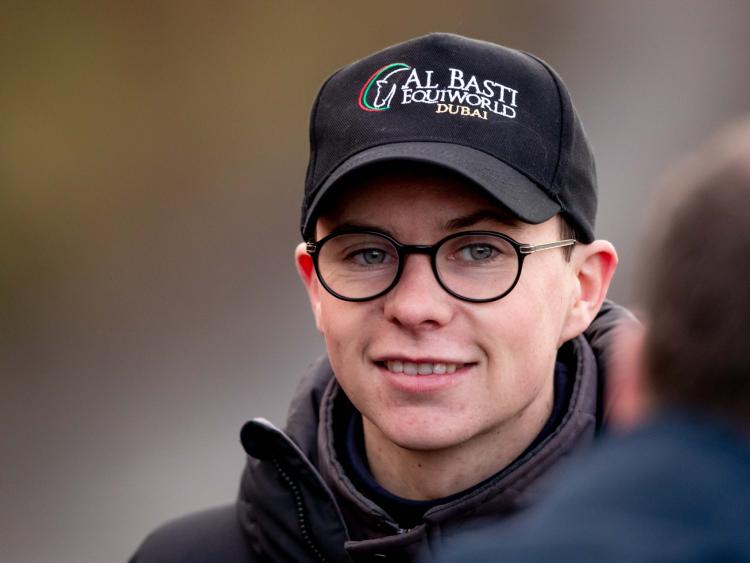 Trainer Joseph O'Brien will be hoping to add his name to the Sky Bet Moscow Flyer Novice Hurdle roll of honour for the first time with two fascinating runners in the Grade 2 contest at Punchestown this Sunday.

Meticulous, who was second to the unbeaten Envoi Allen in a Grade 2 bumper last season, will be hoping to become the first horse to win the Sky Bet Moscow Flyer Novice Hurdle as a maiden. The six-year-old son of Fame And Glory carries the famous colours of Michael Tabor and will be joined in the race by his very progressive stable companion Anything Will Do.

Anything Will Do was a Punchestown course and distance winner on his two most recent starts and will bid to make it four consecutive victories when tackling a field of five runners on Sunday.

"Both Anything Will Do and Meticulous are in good shape," O'Brien reported on Friday morning. "Anything Will Do is a very consistent horse with solid form and if he runs his race again hopefully he'll be able to give Andy Dufresne a run for his money."

"It would look a tough ask for Meticulous having his first run over hurdles but it comes to a point in the season when you want to get him out. His bumper form has worked out very well and there is no doubt that he is a decent horse so we look forward to seeing what he can do over obstacles. We are looking forward to getting him started."

Gordon Elliott, who won the race last year with the Gigginstown House Stud-owned Felix Desjy, relies on the JP McManus-owned Andy Dufresne for this renewal.

Andy Dufresne will drop back to two miles on Sunday having finished second to the classy Latest Exhibition at Navan last time out and earlier this week Elliott reported his runner to be in fine fettle ahead of this assignment.

"Andy Dufresne got beaten by a very good horse of Paul Nolan’s last time (Latest Exhibition) and he’s been in good shape since then. The way he jumps and travels two miles should be no problem for him," Elliott said.

Henry de Bromhead is represented by the impressive Navan maiden hurdle winner Captain Guinness who made a notable impression when winning first time out and is once again the mount of Rachael Blackmore this weekend.

Shanroe is another who will look to win the race as a maiden over hurdles and give trainer Karl Thornton the biggest success of his career, while the field is completed by the John Ryan-trained The Little Yank.

The Grade 3 Killiney Novice Chase looks set to be a memorable renewal with the Cheltenham Festival winner City Island taking on the Willie Mullins-trained Carefully Selected.

City Island recorded a first Cheltenham Festival victory for trainer Martin Brassil and owners Sean and Bernardine Mulryan last season when taking the Ballymore Novices' Hurdle and will be hoping to make his mark on Sunday ahead of the upcoming spring festivals.

The Matthew Smith-trained Lord Schnitzel finished less than four lengths adrift of Carefully Selected in beginners chase earlier this season and since competed at Grade 1 level at Leopardstown when third behind Battleoverdoyen and Champagne Classic.

Elliott runs Dallas Des Pictons in the Killiney Novice Chase and the field is completed by Halsafari and Speak Easy.

The first of seven races at Punchestown on Sunday is due off at 12.30pm.